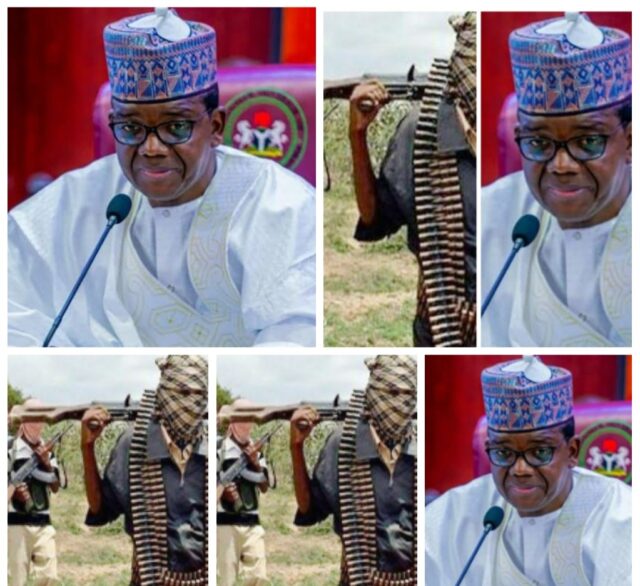 The Zamfara State Governor, Bello Matawalle, said on Friday bandits killed 2,619 people and abducted 1,190 others in eight years in the state.

The governor, who disclosed this in a statement issued by the state’s Commissioner for Information, Ibrahim Dosara, said the criminals also collected N970 million ransom from victims’ families between 2011 and 2019.

He also explained why his administration is negotiating with bandits in the state.
The option, according to him, was the only solution to the security challenges in the North-West.

The governor said there are 30, 000 bandits and 100 camps in Zamfara and five other neighbouring states.
The other states are – Sokoto, Kebbi, Kaduna, Niger and Katsina.

The statement read: “Before the coming of the present administration of His Excellency, Dr. Bello Mohammed Matawalle Maradun on May 29th 2019 as the Executive Governor of Zamfara State, Zamfara people were in a devastating state of dilemma and fear of the unknown due to rural banditry. Rampant killings, maiming, kidnapping, raping, vandalism and attacks became the order of the day.

“From available records, over 2,619 people were killed between 2011 and 2019. This is in addition to the 1,190 people kidnapped by the bandits. The records also show that the N970 million was paid as ransom. While 14,378 animals were rustled within the period and over 100,000 people were displaced from their ancestral homes.

“People were traumatized. Farmers were prevented from going to their farms to cultivate the usual food and cash crops for their daily needs. There was general food insecurity in the state in particular and the region in general. The economy of the state was devastated by the crisis.

“This is in addition to the proliferation of both light and heavy weapons, with a high influx of bandits from the neighbouring countries, with no solution in sight. The crisis defied all forms of solution.

“This is in addition to a large number of bandits camps across the state and beyond. At least there are almost one hundred (100) different bandit camps in Zamfara, Sokoto, Kebbi, Kaduna, Niger and Katsina, with no fewer than 300 bandits in each of these camps having sophisticated weapons with them.

“There are shortage of manpower in the security sector and a very poor intelligence network. Yet, the governor must ensure the protection of the lives and property of the people.

“Now tell me, which is the best option for the governor? To fold his arms to watch his people being killed or to go for dialogue and continue to use the repentant bandits to convince the recalcitrant bandits to save the lives of the governed?”

Falconets will not lack support – SESC

Totori News - February 15, 2021
0
The Ondo State Security Network Agency (popularly known as Operation Amotekun) has clarified that the killers of a farmer and...
AllEscort