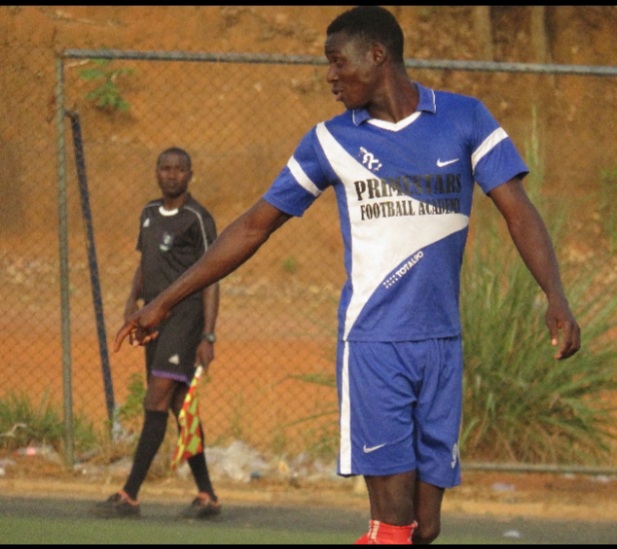 Prime Stars Football Academy were on the jaws of defeat to FC International before Stephen Zagbe restored parity to end the game in a score draw at the opening game of Abuja Youth League over the weekend, www.totorinews.com reports.

FC International were the dorminant force at the opening stage of the encounter as the team rattled their opponents five minutes into the game, had the control of the the midfield tussle and they went into the break leading their opponents.

But it was a different ball game in the second half. Prime Stars purposeful as they piled pressure on the defence of FC International in search of the equaliser, which eventually came when a penalty was awarded to the team after an offence was committed against Zagbe inside the box.

Zagbe stepped forward to take the penalty, but it was saved by the goalkeeper, who paried the ball unfortunately to the striker and he hit the ball into the roof of the net with his left foot in the 73rd minute.

Speaking to www.totorinews.com after game, Zagbe said he was delighted with his goal which secured a point for his team, but was not happy that the goalkeeper saved his penalty before scoring from the rebound.

“I’m glad that my team did not lose the game. It was a very difficult encounter and i was not happy that the goalkeeper saved my penalty. My consolation was that i still scored when he punched towards my direction and i reacted quickly by hitting the ball into the net,” Zagbe told Totori News.

The athletic built teenage striker who uses both fleet perfectly and he is also very good in the air, further informed that he will keep on working hard as his team prepares for their next opponents in the on- going Abuja Youth League, which is the first edition in Abuja.

“I will keep on working hard so that i can continue to improve my game and i hope to always play to the instructions of the coaches,” he said.

Abuja Youth League is the initiative of the chairman of Abuja Municipal Area Council (AMAC), Mr. Chuks Ijomah, popularly known as Ghadafi and it is proudly supported by the FCT FA.

Totori News - January 17, 2021
0
Nwankwo Kanu, Nigeria's football legend has charged the Golden Eaglets to beat the Baby Elephants of Ivoey Coast in the final of...