Home Religion VICTORY WITHOUT A FIGHT: THE JEHOSHAPHAT EXAMPLE 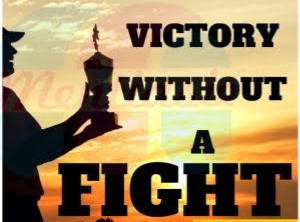 Are you at that stage in your life where it appears you are encumbered? You have been besieged from every angle and it seems the world has conspired against you.

Things have gone so awry and nothing is going right in your life. The more efforts you make to come out of the quagmire, the more intense it gets. And the adversaries increase by the minutes. The gang-up and conspiracy are enormous. You are boxed to a corner and can’t fathom a way out.

Don’t throw in the towel! I have good news for you. The Almighty God has promised you VICTORY WITHOUT A FIGHT. You wonder how you can be victorious without a fight considering the present circumstances? You think it is impossible to win this battle without throwing punches of your own?

The story of King Jehoshaphat in 2 Chronicles 20: 1-31 will inspire you. Jehoshaphat reigned in Judah at the same time Ahab (Jezebel’s husband) reigned in Israel. But while Ahab went contrary to God’s injunctions, Jehoshaphat feared the Lord and lived according to His dictates. It is also noteworthy that Jehoshaphat was beside Ahab in the same battle that claimed Ahab’s life, but Jehoshaphat was spared.

But that is not the Crux of this piece. It has only served to emphasize that under his reign, Jehoshaphat enthroned the Most High in Judah. And it didn’t go unnoticed by He who knows the deepest part of men’s heart (Jeremiah 17:9,10).

He lived a quiet life in peace with his small army. But suddenly a multitude of strong nations ganged up against him. The Ammonites, Moabites and other surrounding nations much stronger than Judah united for battle against him. When he learnt that these strong armies were advancing towards Judah, he was devastated. He knew they stood no chance against one of those nations talk more their united forces.

Overwhelmed, Jehoshaphat turned to the Almighty, who, in 2 Samuel 6: 2, is called “the Lord of hosts”. In 2 Chronicles 20: 12, Jehoshaphat cried to the Lord “O our God, will you not judge them (the adversaries)? For we have no power against this great multitude that is coming against us, nor do we know what to do, but our eyes are upon you”.

And the Most High responded through His Prophet Jehaziel, who said; “Do not be afraid nor dismayed because of this great multitude for the battle is not yours but God’s. Tomorrow go down against them. They will surely come up by the Ascent of Ziz and you will find them at the end of the brook before the wilderness of Jeruel. YOU WILL NOT NEED TO FIGHT IN THIS BATTLE. Position yourselves, stand still and see the salvation of the Lord, who is with you, o Judah and Jerusalem. Do not fear or be dismayed; tomorrow go out against them for the Lord is with you”.

So the next morning, Jehoshaphat and his people set out as directed by God. They had no weapons but merely sang songs of praise to the Great One. Imagine going to meet such well-armed multitude without even a catapult. That looked foolish but that was God’s injunction and they had absolute trust in Him.

As they were singing praises, the Lord set confusion among the adversaries and they started fighting and killing themselves. So by the time Jehoshaphat and Judah came to the wilderness, they met dead bodies of the adversaries littered everywhere. None escaped. Piled around the bodies were jewelries and precious ornaments which added to the spoils of war. It took Judah about four days to gather the enormous spoils of war.

After this battle, Judah never knew war again all through Jehoshaphat’s reign. The Almighty gave him peace all round as he was revered by neighbouring nations. The story spread and many of his neighbours began to fear the God, who slaughtered His people’s adversaries before Judah even got to the battle ground.

(1) Jehoshaphat and Judah didn’t raise a hand in this battle but they were victorious.

(2) When the adversaries encircled them, Jehoshaphat looked directly up to God. He knew help would come from there (Read Psalm 121:1,2).

(3) And when God gave His directives, though it looked stupid, they obeyed.

(4) And they summoned that special grace to sing praises in the midst of such adversity and uncertainty. The scripture says in Verse 22 that when they began to sing praises, the Lord set ambush in the enemy’s camp. Praises are INVINCIBLE weapons (this is a topic for another day).

(5) God gave Jehoshaphat complete victory and he never knew war afterwards. If God fights your battle without your interference in the process, He gives you complete victory.

(6) If Judah had disobeyed His directives and gone to war with spears and arrows believing in their own strength, God would have withdrawn and the enemies would have had their way.

(7) So if you want similar victories without a fight, hand your challenges/adversaries to God; listen to Him and obey His injunctions and leave the battle COMPLETELY IN HIS HANDS.

I can assure you, like Jehoshaphat, your present predicament will be subdued by He who said in Jeremiah 32: 27 “I am the Lord, God of all flesh. Is there anything too hard for me?”. JUST PUT ALL YOUR TRUST IN HIM. DO NOT RAISE A HAND TO FIGHT BECAUSE THE BATTLE IS HIS. 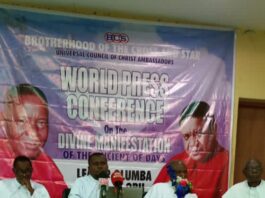 Divine Manifestation of The Ancient of Days Set For December 26 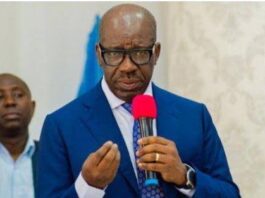 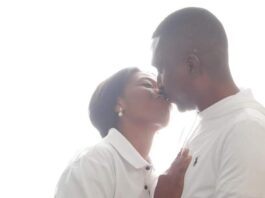