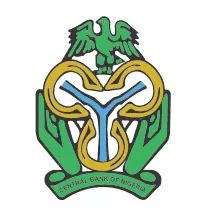 Millions of Nigerians use the USSD to access banking services daily, but telcos say they are being owed by banks.

The Central Bank of Nigeria and the Nigerian Communications Commission have imposed a new charge for mobile banking services in the country, in a bid to end a row between banks and telecoms operators.

From Wednesday, March 16, phone users using their devices for mobile banking will be charged a flat rate of N6.98 per transaction, the regulators announced Tuesday, a move likely to hurt gains made in expanding financial inclusion in the country.

The decision comes days after telecoms companies threatened to suspend access to the so-called USSD facility, which allows phone users to check their bank accounts, transfer and receive money, and pay their bills.

The shortcode service has been popular in a country with a relatively low penetration of financial services. Many non-governmental organizations have sought to encourage financial inclusion by encouraging mostly the nation’s poorest population to make use of the Unstructured Supplementary Service Data (USSD).

After years of an unresolved controversy over overpayment for the service, the Association of Licensed Telecommunication Operators of Nigeria (ALTON) on Friday said it would disconnect the banks from the service by March 15.

The group said its members were owed N42 billion by banks.

In a statement signed by its chairman, Gbenga Adebayo, and head of operations, Gbolahan Awonuga, the group said the withdrawal became necessary after its members and banks failed to reach an agreement on a payment structure that will exclude phone users.

“The banks, however, provided no assurances to our members that such service fees charged to customers’ bank accounts for access to bank services through the USSD channel would be discontinued post-implementation of end-user billing by our members,” it said.

Ozuem Ebinum - April 2, 2021
0
In a world filled with hardship, it is expedient to celebrate the noble deeds of some individuals and corporate organisations that have...