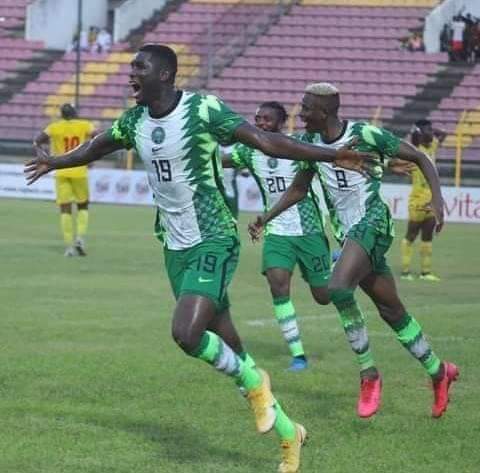 The Super Eagles say they are determined to extend an unbeaten streak of five matches when they confront the Indomitable Lions of Cameroon at the Stadion Wiener Neustadt in the Austrian capital in an international friendly on Friday evening.

Defender Anthony Izuchukwu, who plays for Sparta Trnava of Slovakia, joined up with the Nigeria camp at the Hilton Garden Inn, Wiener Neustadt Osterreich on Wednesday, moving the needle on the number of players in camp to 21.

Both fierce rivals on the African continent will again clash in a second game also at the Stadion Wiener Neustadt in Vienna on Tuesday.