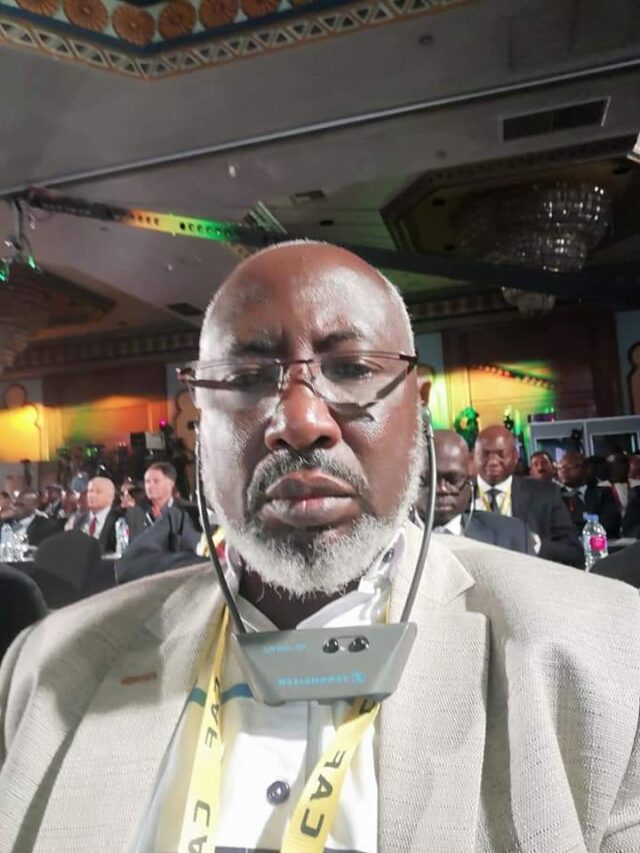 General Secretary of the Nigeria Football Federation, Dr Mohammed Sanusi has been appointed by the Confederation of African Football to serve as the match commissioner for the FIFA World Cup Qatar 2022 qualifying match between hosts Egypt and Angola taking place in Cairo on Wednesday.

CAF has already moved the game, earlier scheduled for Thursday, 2nd September forward by a day to Wednesday, 1st September and the respected Nigerian administrator is already in the Egyptian capital to superintend proceedings of the Day 1 encounter.

Seven –time African champions Egypt will start as favourites against the Palancas Negras, who appear to have lost some of their bite in recent years and even failed to qualify for the 24-nation AFCON finals due in Cameroon early next year. The encounter will hold at the 30 June Stadium and starts at 9pm Egypt time.

Also appointed for the match are referees from Mali, with Boubou Traore to manage the centre, and his compatriots Modibo Samake, Baba Yomboliba and Mahamadou Keita to serve as assistant referee 1, assistant referee 2 and fourth official respectively.

Celestin Ntagungira from Rwanda will serve as the referee assessor.

Totori News - March 14, 2021
0
A member of the all conquering 1994 Super Eagles team, Mutiu Adepoju has played down on insinuations that the team then, was...