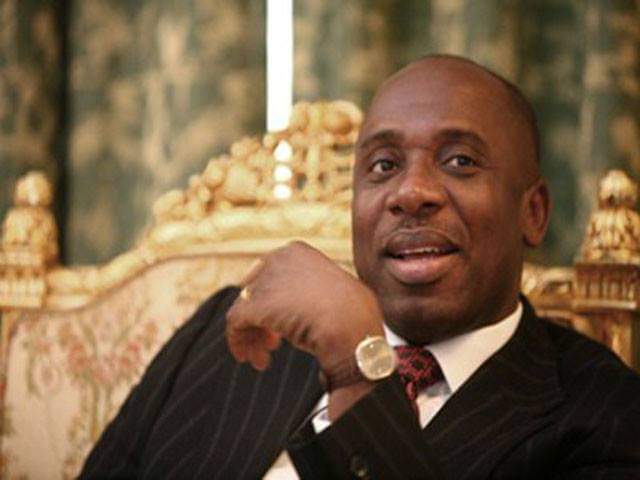 The Peoples Democratic Party (PDP) yesterday demanded the immediate sack, investigation and prosecution of the Minister of Transportation, Rotimi Amaechi, as well as the suspended Managing Director of the Nigerian Ports Authority (NPA), Hadiza Bala Usman, over the recent alleged looting of over N165billions in the agency.

The party also asked the transport minister to come clean on his reported connection in the alleged involvement of his wife, Mrs. Edith Amaechi, in the exposed N48 billion contract scam currently rocking the Niger Delta Development Commission (NDDC).

The PDP in a statement issued by the National Publicity Secretary, Kola Ologbondiyan, said: “The foul stench of corruption oozing out of the NPA, NDDC and other agencies of government in the last six years has shown that our MDAs have become the cash cows and Automated Teller Machines (ATMs) of greedy leaders of the All Progressives Congress (APC) and their cronies in government in their unbridled looting of our patrimony under President Muhammadu Buhari’s watch.

Our party asserts that the fact that it took the minister six years (2016 to 2021) to query the NPA managing director over the alleged looting of N165 billion unremitted operating surplus of the agency, which is under his purview, is suspect, and raises public belief that he (Amaechi) only acted apparently to shied himself after indicting audit documents had already been exposed.”

It therefore rejected the alleged attempt at a cover up in the recourse to an Administrative Panel of Enquiry recommended by the minister to investigate the NPA fraud, “in which he also has some questions to answer.”

The statement said: “Our party insists that both the minister and the indicted NPA managing director should be handed over to the Economic and Financial Crimes Commission (EFCC) for investigation and possible prosecution.”

He stated that “it is indeed disgraceful that under the APC that promised to fight and end corruption in the country, the public space is awash with revelations of sharing of government revenues among concubines, wives, girlfriends and family members of top APC leaders.

“This can only happen under the watch of an absentee president, who also condones corruption.”

COURT SENTENCES DRIVER TO 9 MONTHS IMPRISONMENT AS OYEYEMI VOWS TO END KNOCKDOWN AND...

Militarisation of South-East, South-South will fuel disintegration – Ohanaeze to Buhari

Francis Achi - May 7, 2021
0
President Muhammadu Buhari has decried the situation in which some unscrupulous and ‘merciless people” tried to undermine every policy of government, irrespective...