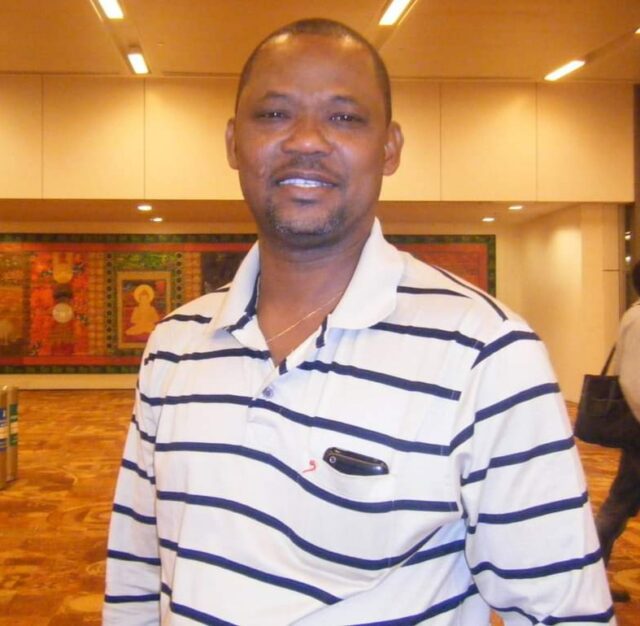 The newly elected President of the Nigeria Rugby Football Federation (NRFF) Dr. Ademola Are featured on NTA Sports International where he explained the short, medium and long term plan including the achievement his new board have recorded within the short time they were sworn into office last September, 2021, reports www.totorinews.com.

According to the former Director of Grassroots Development in the ministry of Youth  and Sports, himself and his board have settled into the tedious task of coordinating Rugby in Nigeria and building a lasting foundation,as well as uniting the entire Rugby Family across the country.

The board’s activities after the elections have been quite impressive. Despite the setback of a suspension imposed by Rugby Africa and World Rugby, Rugby once again took part at the National Youth Games in Ilorin where the U15 Boys and Girls demonstrated core athleticism and great sportsmanship on and off the pitch.

Edo girls and Kwara Boys took gold in both categories. The Stallions 7s team also participated at the Safari Sevens Tournament held in Kenya in October, 2021. The Tournament was an eye opener to him and some of the new players in the squad.

Subsequently, the President saw various reports of Rugby matches played across the country, notably the Abuja Rfc vs Kaduna Rfc and Plateau Tigers Rfc vs Abuja Rfc matches and the first IGP Cup played in Lagos between the Nigeria Police Rfc and Gosar Rfc.
Others notable games played are as follows; Barewa Rfc vs Zaria Rfc, Barewa Ladies vs Abuja Ladies, Eco II vs Abeokuta Rfc as well as Edo State men and women teams.

His board embarked on an ambitious plan to secure the much needed sponsorship in order to change the perception towards Rugby to the betterment of our players and stakeholders within and outside the country.

The new NRFF Board is poised to creating a sustainable growth for the game through this important partnership.

The Annual General Meeting has been scheduled to hold sometime in March 2022 in Benin City, Edo State where the Congress is expected to finalize the NRFF Constitution. This is the major reason for World Rugby’s suspension of Nigeria.

The President is looking forward to welcoming all stakeholders to the meeting in order for them to contribute to the final ratification of the constitution. A lot of work has gone into this as the Board have been working with the Legal Department of the Ministry of Youth & Sports Development on the Document.

Dr. Are also attended the Africa Regional Sevens Cup held in Accra, Ghana where he met with Rugby Africa Vice President, Mr Adrew Owor and Executive Member/President of Ghana Rugby, Mr Herbert Mensah and other top officials where they discussed extensively about the current situation of Rugby in Nigeria and steps to be taken to fast-track Nigeria reinstatement back to World Rugby.

There are lots of Programmes lined up this year namely; Technical Training to be conducted by World Rugby, The Federation Cup, National League, National 7s Tournament, Safari Sevens, Dubai Sevens and the annual West African Rugby Series between Nigeria, Ghana and Cote d’Ivoire.

The Rugby President thanked the Honourable Minister of Youth & Sports Development; Chief Sunday Dare for the support he provided for the Federation when they were sworn in last year.

This support has gingered the board to look out for more big brands to associate with Rugby this year as the President and his team will work hard to break grounds and take giant strides towards the progression of Rugby in Nigeria.

You are still under suspension, Ize-Iyamu blasts Oshiomhole