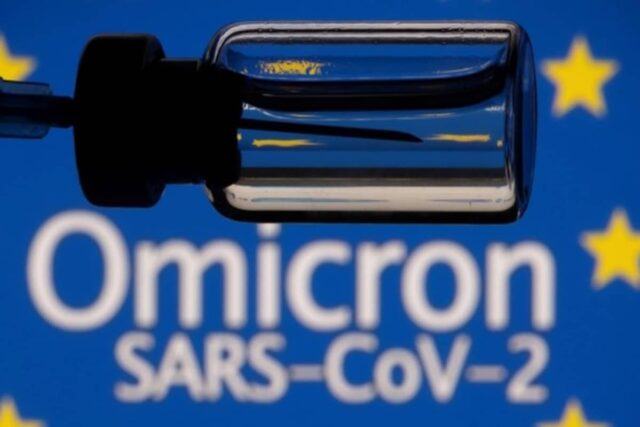 Sniffles, headaches, and tiredness appear to be the hallmarks of Omicron, according to a major study that suggests the mutant virus is more akin to a cold than Covid.

An analysis of cases in London, where Omicron is growing most rapidly, reported the most common signs of the virus between December 3 and 10 were a runny nose, headache, fatigue, sneezing, and a sore throat.

None of these are the classic signs of the virus that Britons are warned to watch for — a new continuous cough, high temperature or change/loss of their sense of taste and smell.

Epidemiologist Professor Tim Spector, lead scientist of the ZOE Symptom Tracking Study, has urged Britons to keep an eye out for these tell-tale signs of Omicron in the run up to Christmas, and before meeting friends and relatives.

‘Hopefully people now recognise the cold-like symptoms which appear to be the predominant feature of Omicron,’ he said.

‘Omicron symptoms are predominantly cold symptoms, runny nose, headache, sore throat and sneezing, so people should stay at home as it might well be Covid.

‘Ahead of Christmas, if people want to get together and keep vulnerable family members safe, I’d recommend limiting social contact in the run up to Christmas and doing a few Lateral Flow Tests just before the big family gathering.’

The warning comes alongside numerous reports that Omicron causes milder illness than past variants but scientists are still trying to untangle whether it’s intrinsically weaker or if the population has higher levels of immunity, or even both.

The Omicron variant multiplies 70 times faster than Delta in the airways, according to a study which may explain why the mutant virus is spreading at a ferocious pace.

That finding lends weight to the theory it is milder than the past variants, something which doctors in South Africa have been claiming for weeks.

The researchers exposed lung tissue in a laboratory to the original Covid strain that was identified in Wuhan last year, along with the two variants, to compare how the viruses behave after infection.

Omicron replicated faster in the bronchus — tubes connecting the windpipe and lungs — suggesting people with the strain may be more infectious.

Delta was found to duplicate much quicker in the lungs, where more of the virus can lead to the most severe illness.

The finding may be the biological clue behind why doctors insist people infected with the strain only suffer cold-like symptoms.

UK guidance currently only recognises three symptoms as early warning signs of an infection with the virus, a new continuous cough, a high temperature, and a loss of, or change in, normal sense of taste or smell.

Coup Allegation : APC haunted by their own shadows, says PDP

NLO will use Division 3 to build upon past successes – Ogunnowo

Totori News - September 20, 2021
0
By Emeka Okoye History was made on the 18th of September at Anaocha Local Government Area of Anambra State,...