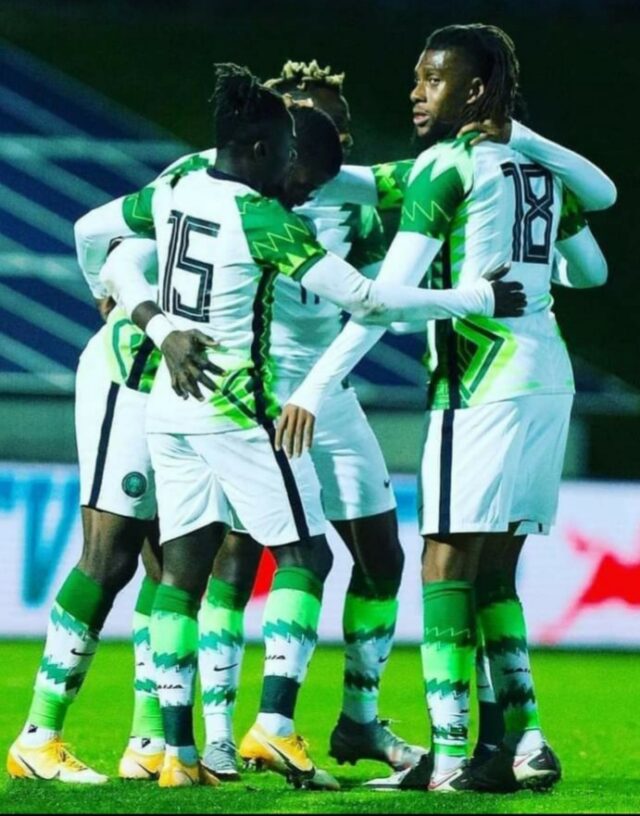 The Day 3 encounter will hold at the Teslim Balogun Stadium, Lagos on Thursday, 7th October with the Day 4 match in Douala, Cameroon (presently the ‘home’ of Central African Republic national teams) on Sunday, 10th October.

With the maximum six points from their first two matches of the campaign (against Liberia in Lagos and against Cape Verde in Mindelo earlier this month), the Eagles countenance another six points against the central Africans and Franco-German Rohr has largely kept faith with the troops that delivered in a September to remember.

With enforcers Wilfred Ndidi and Oghenekaro Etebo out injured, the lot falls on Frank Onyeka and Joseph Ayodele-Aribo to replicate their firm handling of things in the middle in Mindelo, when Central African Republic comes calling on Thursday and in Douala on Sunday. Rohr has now listed England –based duo Alex Iwobi and Kelechi Iheanacho in the midfield.

Victory in both games will all but guarantee the Super Eagles’ passage to the all-important knockout rounds scheduled for March 2022, which will produce Africa’s five flagbearers in Qatar.

WAFU B U 17 Tournament : Golden Eaglets to battle Ghana again

Totori News - May 20, 2019
0
Nigeria’s quest for a good outing at the Poland 2019 FIFA U20 World Cup received a huge boost on Sunday when the Nigerian ambassador...
AllEscort