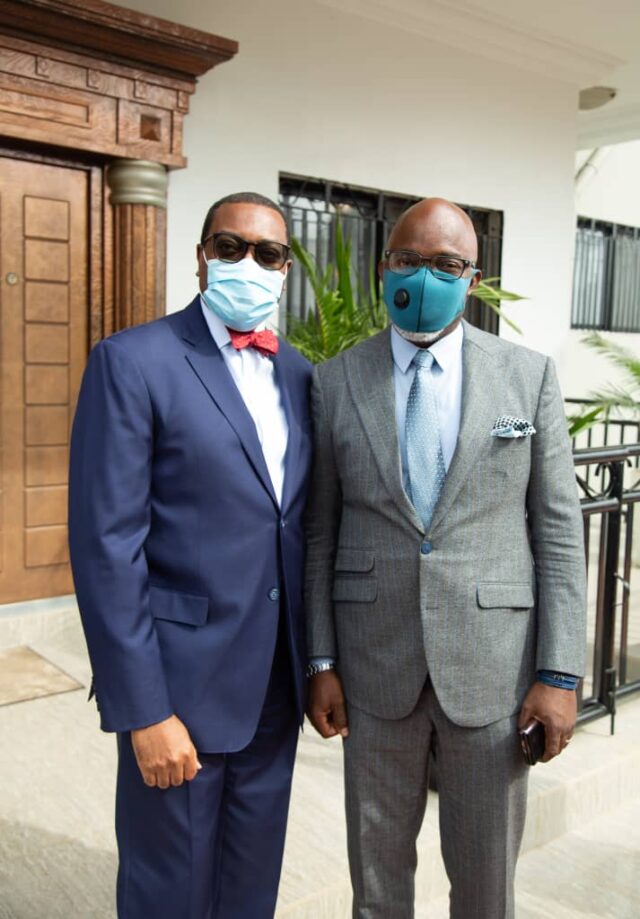 President of the Nigeria Football Federation and Member of the CAF Emergency Committee, Mr Amaju Melvin Pinnick was the pivot of a crucial meeting in the Ivorian capital, Abidjan on Tuesday as the Confederation of African Football set into action the push for a $1billion lifeline for wholesale revamp of football infrastructure on the African continent.

“It was a very important meeting, as we started the push for our objective of raising $1billion to change the face of football infrastructure in Africa. You will recall that the CAF President made a statement regarding the need to raise this money for the sake of football infrastructure on our continent some weeks back. This new CAF regime is a doing team, not just a talking one. So, we have set out to work.

“The President of FIFA was there as solidarity for the steps we are taking. We had a very useful and positive meeting with the President of African Development Bank. Further talks are lined up. We are also going to meet with other institutions and individuals who have the means and the willingness to help African football to realise its potentials and break into the big time,” Pinnick told thenff.com.

The meeting in the Ivorian capital came only a few days after the inspection team of Confederation of African Football released a report stating categorically that 22 of the 54 countries in Africa have no football pitch that meets the standard to host international matches.

Totori News - December 26, 2020
0
By Edidiong Steven Men’s league football in Nigeria will emerge from the gloom of the coronavirus pandemic with the...