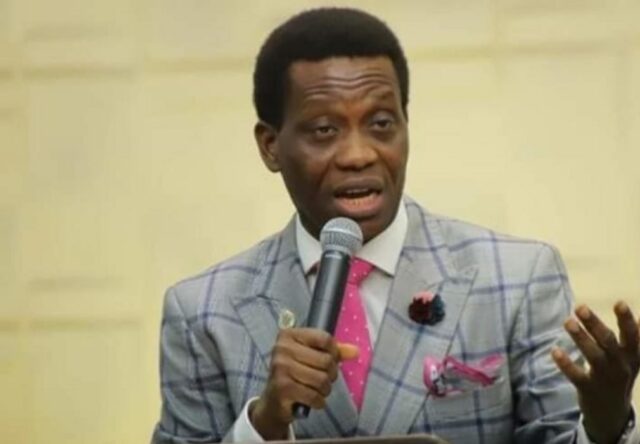 Pastor Dare reportedly died in his sleep on Wednesday night at his home in Eket, Akwa Ibom State.

Before his death, Adeboye was a Youth Provincial Pastor in Eket, Akwa Ibom State.

He was said to have ministered the previous day and never complained of any ailment.

G.O Adeboye had sometime last year during his 42nd birthday described the deceased as a miracle child.

The Church’s media unit has confirmed his death.

I Preached To Bandits Till They Started Shedding Tears And Released Me – Niger...

Totori News - April 2, 2021
0
There are indications that the Nigerian Airforce fighter jet, an Alpha jet which went missing while on interdiction mission on Wednesday in...