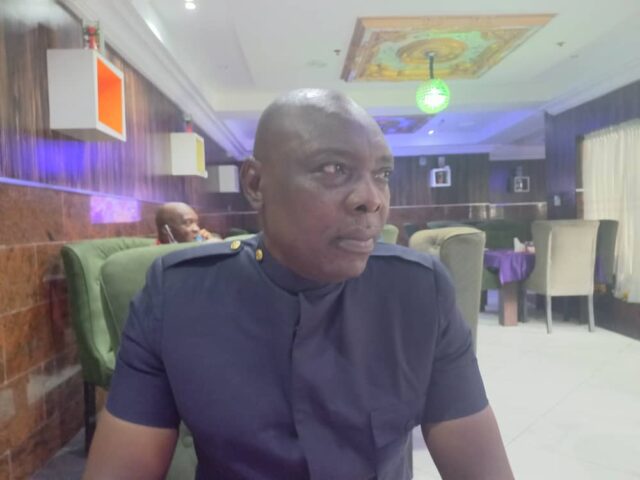 The commitment by football stakeholders in Nigeria to see football development as an end in itself, not a means to an end will make the game to thrive better in the most populous black nation in the world, says Davidson Owumi, former Nigerian international.

In an exlcusive chat with www.totorinews.com in Benin City, the newly appointed Chief Executive Officer, CEO of the League Management Company, LMC, noted that failure by every football stakeholder to understand that football development is an end in itself, will make the game to continue to struggle due to the fact that the development is not total and some stakeholders sees it as means to an economic and financial end.

“So, when your system of football is packed full with people that sees the development of football as a means to an economic end, to financial end, then you don’t get the needed drive, the commitment to the bigger future of football development is not total,” he added.

“But when you have people who are into football system like the former footballers, football enthusiasts, journalists that have genuine passion of the game, when they get into football administration, you see passion and this explains the need to have a blend of the core professionals and the external business oriented people and the blend is what makes football thrive.

“When you have completely 100% former footballers at the helm of football administration, you may not get the needed success because some might not be educationally strong to manage some aspects of football, but their passion will bring a lot to the table.

“When you have the scene dominated by people that don’t have passion, people that sees football as a means to an end. So, at any particular time, what they are calculating is their bank accounts, not the growth of football, which is the reason that there should be a blend of those that studied Finance, Marketing or Economics to mention but a few and blend them with core professionals.

“There should be a perfect blend of both sides,” he concluded.