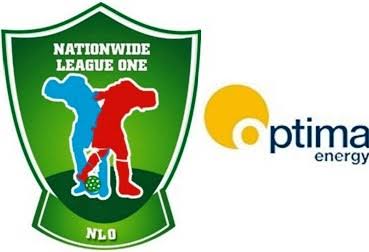 Doma Utd were the dominant side in the opening minutes of the game and Hilary Ekawu was very clinical to put his side ahead in the 11th minute.
Despite all the pressure and more chances Doma Utd created, Danburam Fc defenders were resolute to ensure the team did not concede another goal as the first half ended 1-0.
It was a different ball game in the second half when Danburam Fc gave no one the reason to doubt, their intention to equalise. Farouk Ibrahim in goal for Doma Utd was kept very busy with the attacking forays of the Katsina based team.

Umar Abdullahi gave his side something to cheer with his beautiful equaliser in the 63rd minute. There was no doubt that the game was very explosive with an end to end attacking football from both sides.
And when it appears that the game may witness a score draw affair, Ekawu, who had been the chief tormentor of Danburam was hacked down inside the box, which the referee signalled to the spot.
The resultant penalty kick taken 10 minutes to the end of regulation time was dispatched into the net by Adamu Danjuma, who sent Henry Timothy in goal for Danburam to the wrong way.
Doma Utd held on to their lead strongly to ensure that maximum points lies in their favour at the end of 90 minutes.

Ottasolo Fc, playing on  a familiar terrain at Remo stars stadium shockingly lost 3-1 to Campus Fc of Owerri in the second game of the day.

Ottasolo were caught sleeping when Osuji Oluebube hit the back of the net in the 4th minute for Campus Fc . It was an error that Ottasolo quickly rectified when Greg Ezekiel converted from the spot in the 13th minute.

Campus Fc looked more physically fit and purposeful as the game progresses and it was not a surprise when Promise Orji restored the lead for his side in the 26th minute.
It ended 2- 1 at the end of first half.
On resumption, Ottasolo attacked ceaselessly in search of the equaliser, but the defenders of Campus thwarted all their efforts.

Defeat was finally completed for Ottasolo when Okoro Ndubuisi buried the ball into the net to seal the three points for his side.

The third game of the day witnessed the same score line of 3-1 as Destiny Boys of Ikorodu tore Udala Fc apart.
Oghenevo Uzezi’s in 32nd minute goal separated the both sides as they went into the break.
Destiny Boys continued from where they stopped in the first half as goals from Uzoma Chinonso in the 52nd and Olawoye Idowu trippled the advantage for his side.
Notwithstanding the three goals advantage, Udala fc piled pressure and all wasted efforts until Okeke Chinansa scored in the 88th minute to console his side .

The last game of the day between Ijebu United and JM Liberty of Makurdi is ended 1-1.

Eagles land in America for clash with Mexico