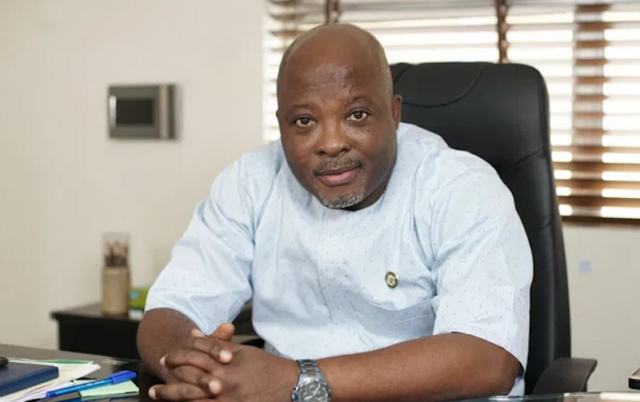 Ahead of the world cup qualifying game between the Super Eagles and their counterparts from Central Africa Republic (CAR), this Thursday, Sola Aiyepeku, Executive Chairman of Lagos State Sports Commission, LSSC, has said that only 5,000 fans will be allowed into the Mainbowl of Teslim Balogun stadium,  Surulere.

In an exclusive chat with www.totorinews.com, the astute sport administrator said that the safety protocols regarding the COVID-19 pandemic will be strictly adhered to as witnessed in previous qualifying games at the stadium.
He, therefore appealed to football loving Lagosians to bear with the state and the organisers of the game, while also pouring praises on the state governor,  Babajide Sanwo – Olu for his outstanding support to the Super Eagles.

“I really want to thank His Excellency, governor Babajide Sanwo – Olu for the fantastic support the Super Eagles have been enjoying in the state and all the efforts put in place to showcase the hospitality of the good people of Lagos state,” Aiyepeku told www.totorinews.com exclusively.

“And just as we saw in previous games hosted at Teslim Balogun stadium, the game on Thursday between Nigeria and Central Africa Republic will still have all the safety protocols of COVID-19 that will be strictly adhered to.

“We will still maintain the same number of fans to be at the Mainbowl stadium. Only 5,000 football fans will be allowed into the Mainbowl to cheer the Super Eagles. This is the directive from the football authorities in line with COVID-19 safety protocols.

“Interestingly, the fans understand that it was not our making, they have shown tremendous support to the Super Eagles, despite the limited number allowed into the stadium.

He also charged the Super Eagles to go for the maximum points at stake by beating their opponents from CAR, noting that the players are happy to play their games in Lagos.

“The Super Eagles players are very glad to play their matches here in Lagos. Most of them grew up to know that the traditional home of the Super Eagles is Lagos and they have not disappointed the expectations of Lagosians.

“The players knows what is at stake and my charge to them, is to approach the game with total determination and winning mentality to excel at the end of 90 minutes,” he said.

How NIA Nabbed, Bundled Nnamdi Kanu Back to Nigeria