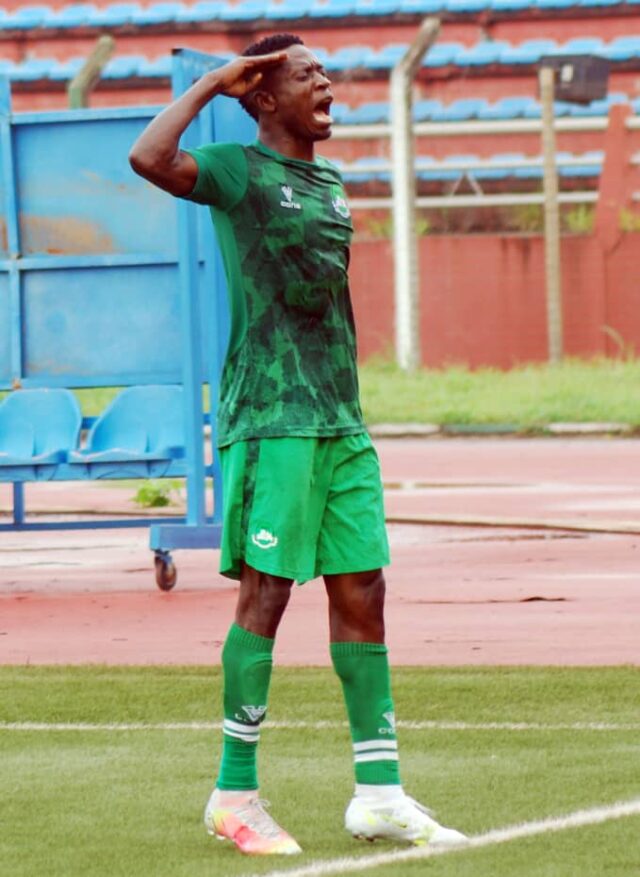 In a cup final game that most football pundits and fans gave it to Nasarawa United to triumph at the expense of Bayelsa United, which turned out to be the reverse, Silas Nwankwo, who scored 19 goals this season for Solid Miners says football is not mathematically calculated, reports www.totorinews exclusively.

Nasarawa United lost the AITEO Cup final 4-3 on penalties after the game had ended 2-2 in regulation time, unfortunately, the deadly goal poacher, a nightmare to defenders in the Nigeria Professional Football League (NPFL) this season, who had his spot kick sent to the sky, informed that he does not have any phobia playing penalty kicks, but football can give different emotions especially if the outcome turned out not to be favourable despite all the efforts like in the case of Nasarawa United.

“Football is not mathematically calculated. I don’t have phobia of playing penalty kicks. What happened was very unfortunate. That’s football. Most football pundits and fans gave it to Nasarawa United.  We (ourselves) believed we are capable of winning the F.A cup this time around, we got to the pitch and everything changed,” Silas Nwankwo told www.totorinews.com

“I feel good. I feel great that I achieved a lot this season, but it would have been better if Nasarawa United had picked a continental ticket and finished this season winning a laurel to the cheering of our fans and everyone that believed in the team.

“But, so sad that the team have nothing, nothing to show for all the hardwork of the season. It is a very sad one,” he lamented.

AFCON 2019 : Omeruo and Ekong have advantage in Eagles – Balogun