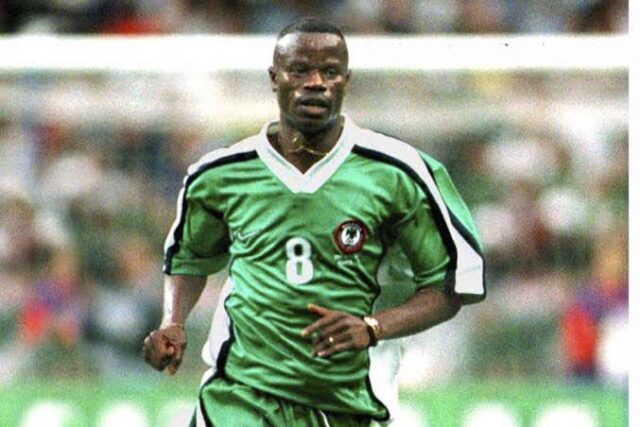 A member of the all conquering 1994 Super Eagles team, Mutiu Adepoju has played down on insinuations that the team then, was controlled by a ‘mafia’ among the players.

The ‘Headmaster’ who was a Guest of the Ex-University of Ibadan Footballers interactive program said though there were some influential players in the team, who speaks on their behalf on issues, but it did not get to the issue of being’ mafias’.

“I don’t believe there was a ‘Mafia’ in Super Eagles then. I never subscribed to that. I know there were players who were very influential in the team then, and they were leaders and senior players who always have one or two things to say then, I don’t believe they were mafias, maybe I was not affected in any way. Because, my business then was to around and play my game and leave” he said.

Mutiu said he could not single out any player as being the best in the team then, because the country was blessed with a lot of them then.

AFCON U -17 : Golden Eaglets Tackle Zambia in Group B Opener