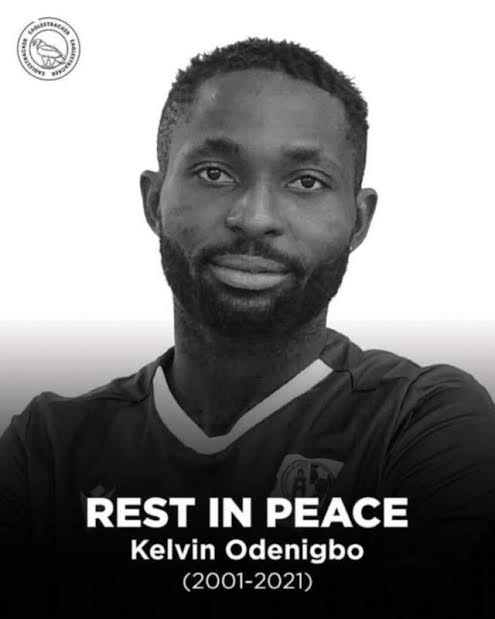 A product of Nationwide League One (NLO), Kelvin Odenigbo, a former player of NAF Rockets of Abuja has died in Belarus.

The club released the following statement on its Instagram handle:

“The football club “Vit3ebsk” reports that on June 5, 2021, on the Lake Beloye, in the area of ​​the tourist base Verasy, OSVOD employees found the drowned Kelvin Odenigbo. We will publish all official information as it becomes available. We express our sincere condolences to the family and friends of the football player, as well as to all the fans of the team.”

Odenigbo made his dream move to Europe in March this year, signing for Vitebsk on loan from NAF Rockets FC of the Nigerian Nation League.

The forward made a handful of appearances for the Belarusian top flight club before his unfortunate demise. He was 20-years old.

Division Two : NLO insists on May 1st commencement at Jigawa...

Totori News - April 30, 2021
0
The Jigawa state centre of Nationwide League One Division Two season will commence this Saturday, May 1st ,...