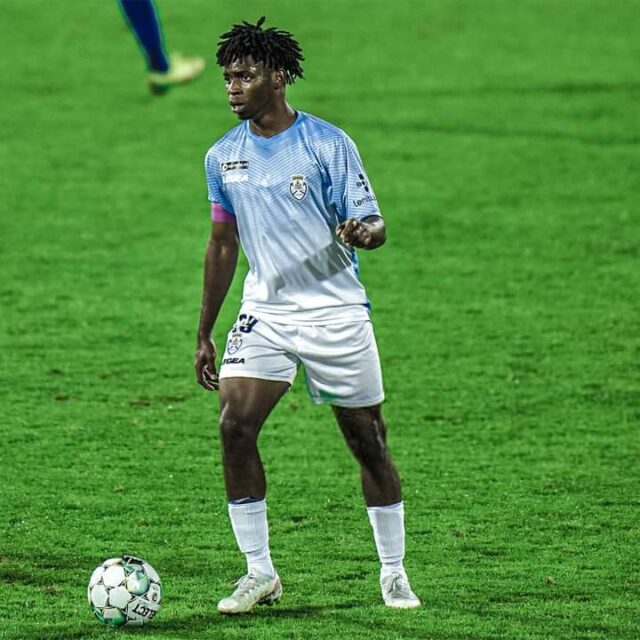 A product of Goodland Rangers Football Club of Lagos, Abraham Ayomide Marcus has been invited to the Super Eagles for the friendly game against Cameroon on June 4 in Austria, www.totorinews.com reports.

Marcus, a dazzling left footed attacker featured for Goodland Rangers Football Club under late coach Ajuma Otache in the 2016 Nationwide League One Division two season, where he showed great promises of a colourful future in the round leather game.

His scintillating football caught the scouts of Remo Stars Football Club and  he was signed by the club to further develop his game at their Academy in 2017.

His rapid development witnessed him leaving the shores of Nigeria to Portugal where he pitched his tent with Portuguese Segunda Liga outfit CD Feirense in 2018.

Portugal has been very positive to his football career where he blossomed tremendously and was promoted to the first team this season.

Marcus, who can play as a left sided midfielder and as a top striker took the opportunity that knocked at his door with sublime football artistry on the pitch by scoring 11 goals in 24 games for CD Feirense in Segunda Liga this season.

In January, he smiled home with the best player award in Segunda Liga and he has crowned his exploits in Portugal this season with his first invitation to the Super Eagles at just 21 years old.

The future is indeed bright for Marcus and hopefully he will flourish in the nest of the Super Eagles.