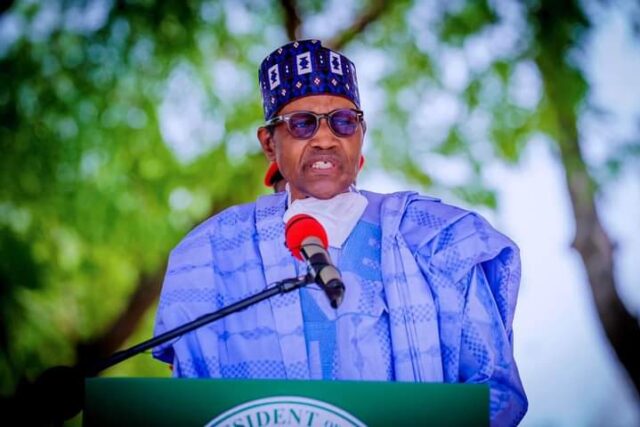 Nigeria’s president, Muhammadu Buhari was mute on sponsors of Boko Haram in his independence speech to the nation, www.totorinews.com reports.

He however informed that his government has uncovered those sponsoring separatist agitations around the country, including a National Assembly member, threatening to deal with them.

The president who stated this in his nationwide broadcast to mark Nigeria’s 61st Independence Day anniversary on Friday in Abuja, warned that his regime would take decisive actions against the agitators and their sponsors who threaten national security.

“The recent arrests of Nnamdi Kanu and Sunday Adeyemo and the ongoing investigations being conducted have revealed certain high profile financiers behind these individuals. We are vigorously pursuing these financiers, including one identified as a serving member of the National Assembly,” he said.

“This is a clear example of how people abandon their national leadership positions for their selfish gains.

“Instead of preaching unity, they are funding and misleading our youth to conduct criminal acts that sometimes lead to unfortunate and unnecessary loss of lives and property.

“As the so-called leaders run abroad to hide, our innocent youths are misled and left in the streets to fight for their senseless and destructive causes.”

The president noted that his government would continue, with greater level of peoples’ participation and in collaboration with international partners, to improve the security architecture of the country.

He said the federal government would also reduce the enabling environment that allowed criminality to thrive and eliminate opportunities for terrorism financing in the country.

Unfortunately, he disappointed the expectations of millions of Nigerians who were looking forward to the President saying something regarding the sponsors of Boko Haram, but he was silent on the matter.

Super Eagles target three points against Syli for Round of 16

COURT SENTENCES DRIVER TO 9 MONTHS IMPRISONMENT AS OYEYEMI VOWS TO...