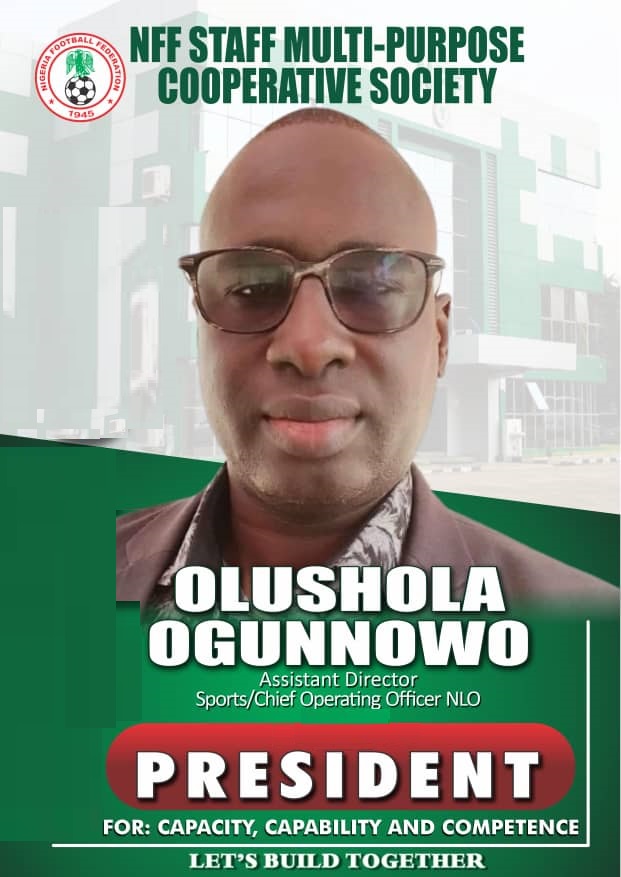 Ogunnowo, whose integrity and work ethics speaks volume when it comes to administration of grassroot football in Nigeria, became the President of the society with a landslide victory at the polls on Thursday in Abuja.

Ogunnowo, who expressed his delight after the society’s Electoral Committee announced him the winner, was full of praise to everyone who took in the process.

According to him, “Regardless the results, the election to become President of the Nigerian Football Federation (NFF) Staff Cooperative Society was keenly a contest, as any of the candidates could have emerged.

“The mandate given to me, overwhelmingly by everyone in the society, I will always cherish and my sincere thanks go to everyone.

“It is a new tough task for me, and one I can deliver with the sincere support of everyone, who want growth and success of this body.”

Liberia vs Nigeria : NFF Have No Say On Fans Attendance in Morocco –...