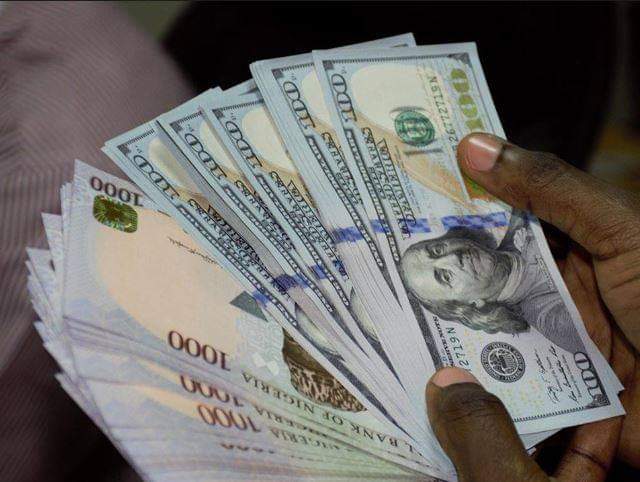 Nigeria’s currency weakened to a four-year low in the parallel market after the central bank’s efforts to coax banks to sell more dollars to customers failed to bridge the widening gap between the official and street rates.

Unauthorized dealers were offering the naira at 502 per dollar on Wednesday from 500 last week according to abokifx.com, a website that collates the data. That’s the weakest since February 2017.

The rate widens the spread between the official and the parallel market rate to 22%, when compared with the spot rate of 411.13 naira a dollar as of 1.55 p.m. in Lagos on Wednesday.

Nigeria, Africa’s biggest economy, has devalued its currency thrice since March last year as lower oil income, which accounts for about 90% of dollar earnings put pressure on external reserves. Some people are switching their naira savings into dollars fearing further devaluation. Goldman Sachs Group Inc. forecasts the naira could weaken to between 440 to 460 a dollar in the short term.

Central bank Governor Godwin Emefiele met with chief executives of commercial banks last week. The lenders agreed to increase dollar supply and operate special accounts to meet the requirements of business and travelers, according to Osita Nwanisobi, spokesman for the central bank.

The central bank aims to use lenders to make more foreign currency available to buyers, at around the official rate of between 410 naira to 412 naira to the dollar to reduce pressure on the streets where rates are crashing from excess demand.

“Dollar demand is high; people are buying for storage,” Abubakar Mohammed, chief executive officer of Forward Marketing Communications bureau de change, said by phone from Lagos, the nation’s commercial hub.“There is no effect yet from any increased sale by the banks.”

Kwale stadium, 7 Other Venues For NLO Division Three Games From May 24

High -Profile Nigerians to be prosecuted for financing terrorism -Malami

Totori News - April 30, 2021
0
First Bank of Nigeria Limited, has officially announced a new board of directors in line with the directive of the Central Bank...