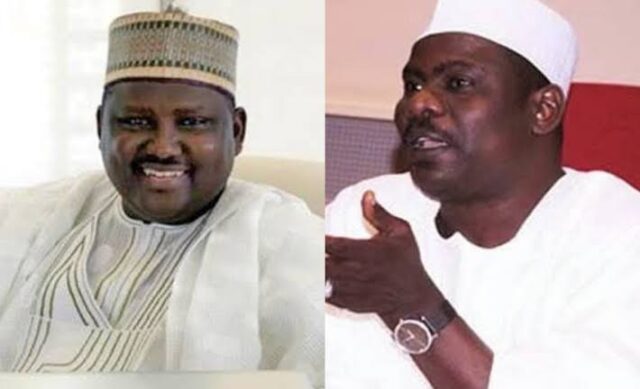 Security agencies have been unable to locate a former chairman of the defunct Pension Reformed Task Team, Abdulrasheed Maina, standing trial on 12 counts of N2bn fraud and money laundering.

Maina, who has reportedly gone underground, was also said to have cut off contact with all his associates and friends, one of his acquaintances confided in The PUNCH on Tuesday.

Our correspondent gathered that Maina had missed over 10 scheduled trial sessions since September and had also been incommunicado to his surety, Senator Ali Ndume, the lawmaker representing Borno South.

It could not be confirmed if he had fled the country but sources explained that the absence of the former director might cause serious problems for Ndume.

The inability to reach Maina, it was learnt, had put Ndume in a panic and confusion following fears that the trial judge, Justice Okon Abang, might order his detention over the failure of the defendant to show up in court.

The judge had during the last court session on October 18 handed down a 21-day ultimatum to the lawmaker to produce Maina.

Abang had also threatened that the senator could be detained should he fail to produce the defendant in court on November 18.

God will not forgive Buhari if Nigeria disintegrates – Gani Adams