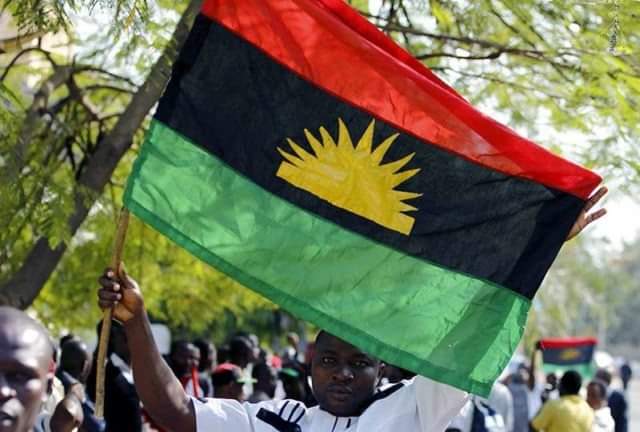 The Biafra Nations League, BNL, has said that Igala and entire Middle Belt, should not be included in the map of Biafra unless they show interest to be part of it.

Some groups in the Middle Belt are agitating against being included in the Biafra map and are warning Biafra separatists to delist Igala from the map.
The Igala groups are of the opinion that late Biafran leader, Ikemba Chukwyemeka Odumegwu Ojukwu attacked Igala land during the 1967 civil war.
However, in a statement jointly signed by BNL National Leader, Princewill Chimezie Richard; Deputy National Leade and Head of Operations, BBs Media, Ebuta Akor Takon and BNL Chief of General Staff, Linus Essien, the secessionist group noted that the Middle Belt played a major role in seing to the defeat of Biafra during the war.

According to BNL, Igala and the other tribes in the region waged the war against Biafra more than the Hausa and Fulani.
“The 1967 map which was adjusted to include Delta State remains authentic. The region of Biafra are people who shares common history and cultural heritage and not those who as a result of boundary influence borrowed few culture of the Igbo in Northern Enugu, Anambra and Ebonyi,” the group said.

It Is against the general interest of Biafra to be dragging those who fought on Nigeria side as mafians. The Fulani and Hausa were not actually the people who fought during the war.

“The group blamed other pro Biafra groups for failing to reach out to other areas of the Eastern Region to enlighten them about the struggle but dragging middle belt, adding “We won’t participate in the fight for annexation”.