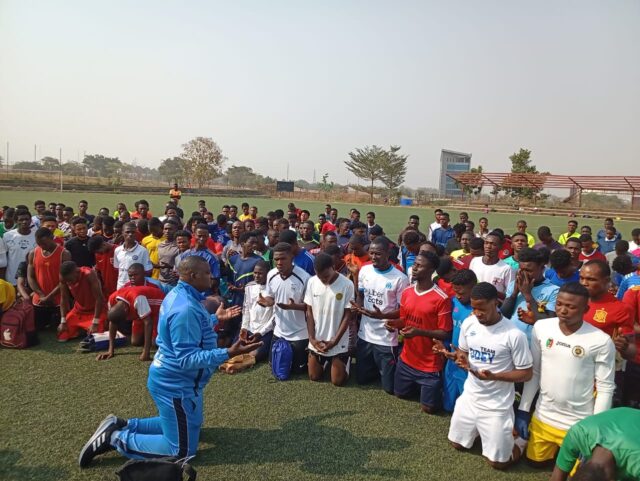 The FIFA goal project field at the package  b of MKO Abiola stadium in Abuja was filled to maximum as thousands of football talents turned out for MK Sports International football trials that began on Wednesday.

It was a scene reminiscent of the screening of the Golden Eaglets, as many teenage footballers were on parade to showcase their talents with the possibility of being nurtured by MK Sports International,  who are also the owners of Water Fc of Abuja.

Knowing fully well the pedigree of an astute football manager, Nureni Makanjuola, as a man that has demonstrated strong strength of character and ultimate sincerity in management of young talented footballers and have given them platform to play abroad.

Little wonder that thousands trooped out for the trials. Another Babatunde Michael Gabriel Okechukwu, two Nigerian footballers discovered by MK Sports International that went to wear the colours of the Super Eagles of Nigeria may be among the sea of heads at the open football trials.

The atmosphere became spiritual as everyone involved in the screening exercise, including officials and players all went on their kneels to commit the open trials into the hands of Almighty God for guidance and success of the programme.

Speaking to www.totorinews.com in Abuja,  Nureni Makanjuola popularly called ‘MK’ said that helping young talented footballers to achieve their aim of becoming professional footballers gives him so much joy.

“I just want to help the society in my own little way. Seeing these massive football talents is a fact that the country is blessed but they need to be properly guided,” Makanjuola said.

“The successful ones at the open football trials will be nurtured and developed to meet the expectations of the standard abroad, especially in Europe.

“But we want to start from the home front. Water Fc hope to play in the Nigeria National League soon. So,this trial is the opportunity to scout new players for the task ahead.

“We have not been disappointed with what we have seen so far and we are glad to help these talented teenage footballers,” he said

The open football trials will last for five days 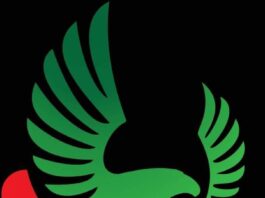 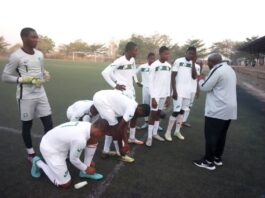