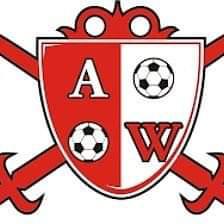 Abia warriors attacking duo of Bello Lukman and Samuel Christian have put pen to paper extending their contracts with the Umuahia warlords until 2024.

Following their contract renewal, the strikers whose contracts would have elapsed at the end of the current Nigeria Professional Football League campaign, will now ply their trade with the Umuahia based outfit for three more seasons.

Since joining Abia Warriors from Gateway United Abeokuta and Family Worship centre, Abuja , the two strikers have grown through the ranks to become regular members of the Abia Warriors first team.

Speaking after the players had signed the dotted lines, the Club’s Sporting director, Mr Patrick Ngwaogu, eulogised the youngsters for their achievements so far and advised them to remain focused and strive to even better their games.

“The contract extension came as a result of hard work, this will spur you to put in more efforts”, Ngwaogu told Abia Warriors website.

According to him, Abia Warriors consider Bello and Christian as big prospects, hence they were picked from their various lower division sides and given their first premier league exposure.

Lukman and Christian who have goals and assists under their belts in the current campaign, have been pivotal in Abia Warriors recent good run of form which has seen the team lose only once in their last 13 games with six wins and six draws.