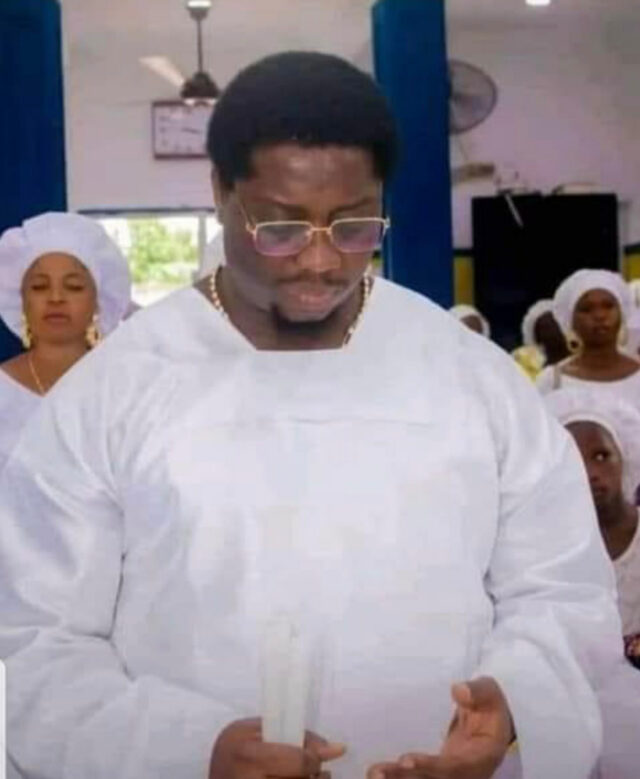 A popular Nigerian socialite, Kayode Badru, has died at a hospital in Gbagada, Lagos, after his body was on fire during a programme and prayer session at a Celestial Church of Christ.

According to reports from Kossyderrickent, he died on Wednesday, May 5, 2021. Before his death, Kayode Badru had landed in Lagos from Dubai to attend the graduation ceremony of 40 students he gave scholarships to study at Academy For Innovative Art and Technology – ( ACIATECH).

After attending the graduation ceremony, he visited his church on Wednesday for Isegun – (Victory) programme. He was asked to kneel down at the middle of the church and was surrounded with white candles. He also held candles in his hands.

While kneeling down, a prophet began to spray perfume on his body and within a few minutes, his body was on fire due to his closeness to the candles and strong attraction from the perfume. He was rushed to a hospital in Gbagada, where he eventually died.

My dream is to play for Nigeria – Italy based defender

Totori News - December 29, 2018
0
Tragedy has struck Nigerian community in Canada over missing Nigerian student, who has been found dead in Canada. Promise Chukwudum, 19 years old, was...