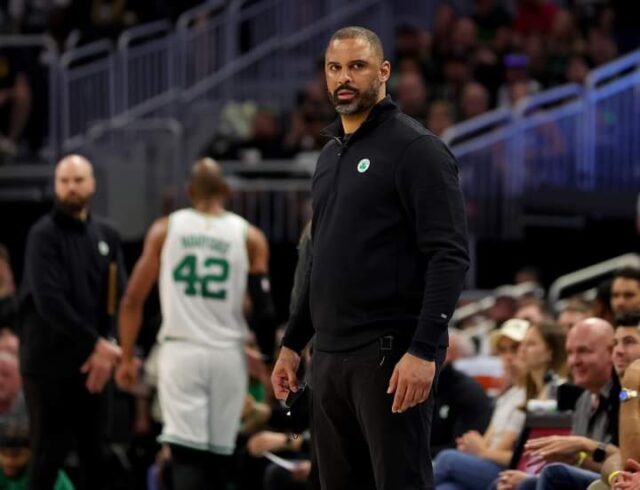 Heavy hammer of suspension has hit Ime Udoka,  Boston Celtics coach for the 2022 -23 season after he committed illicit sex with a female member of staff in the team, reports www.totorinews.com.

Udoka, who led the Celtics to the NBA Finals earlier this year in his first season as a head coach, was suspended for “violations of team policies”.The team added that a decision about the 45-year-old’s future beyond 2022-23 “will be made at a later date”.

Udoka has been in a long-time relationship with actress Nia Long, with whom he has a child.

After a seven-year playing career in the NBA, Udoka served as an assistant coach for the San Antonio Spurs, Philadelphia 76ers and Brooklyn Nets before succeeding Brad Stevens as Boston coach in June 2021.

The Celtics won 28 of their final 35 games in the regular season to reach the play-offs and went on to make the NBA Finals for the first time in 12 years, losing 4-2 against the Golden State Warriors.

ANFPU : We Are Working For The Same Objective – NFF

Totori News - July 29, 2022
0
All Stars Abuja will be  gunning for encore  as they trade  tackle with  Unity Sports Foundation in the...