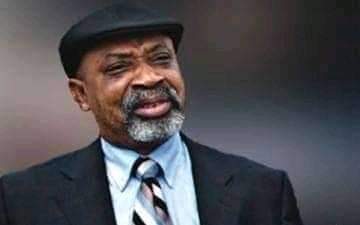 According the Minister of Labour and Productivity, perceived feelings of marginalization in the Southeast will be largely assuaged if the region produces Nigeria’s next president.

He, however, told Channels Television’s Ladi Akeredolu-Ale on the current affairs programme Newsnight that it is sad there is no provision in the 1999 constitution stating that the next election is to be zoned to the south.

Speaking further, Ngige said this is why he believes that the 1995 constitution produced by the late General Sani Abacha’s administration would have been better suited for Nigeria’s current situation.

“The people in the area have perceived that they are marginalized, that they are unappreciated, whether it was done by propaganda and brainwashing or not, that is now immaterial.

“So I agree with that proposal, unfortunately, the Nigerian constitution does not have that. This is where I quarrel with those who authored the 1999 Constitution.

“I still believe today, tomorrow, that the Abacha Constitution of 1995 that espouses rotational presidency into the six zones in Nigeria, a single five-year tenure in order to heal all the wounds; the wounds of civil war, and the wound of June 12.