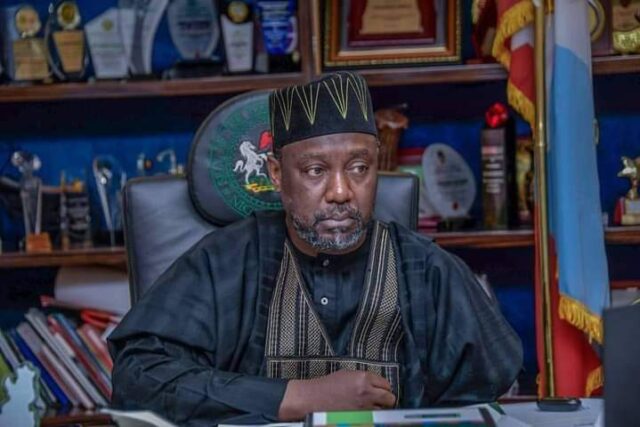 The insecurity in Niger State has taken another dimension with the abduction of Permanent secretary and his son in Zungeru town.

Gov. Abubakar Sani Bello of Niger, condemned the abduction of the Permanent Secretary of the state Ministry of Transport, Dr Ibrahim Musa Garba and his son, in Zungeru town.

The governor in a statement by his Chief Press Secretary, Mrs Mary Noel-Berje, in Minna on Saturday, also condemned the murder of villagers by bandits, describing the attack as “evil and inhuman.”

The permanent secretary was abducted on Friday, alongside his son in Zungeru, by gunmen who broke into his house at midnight.

The permanent secretary was said to have gone to Zungeru for a wedding ceremony and was abducted shortly after the wedding.

The governor also decried the barbaric and atrocious acts of bandits in Shiroro and Munya Local Government Areas, where scores of villagers were slaughtered and burnt while others were abducted and houses razed.

He said with the recent turn of events in the acts of banditry, there was an urgent need for total overhauling of the strategy of the security apparatus.
Sani-Bello said that the security operatives could curtail the situation and called for more support by the public with useful and timely information.

APC government is the most corrupt in Nigeria – GPN

Totori News - November 26, 2018
0
The administration of All Progressive Congress ruling government in Nigeria led by Muhammadu Buhari is the most corrupt in the history of the country...