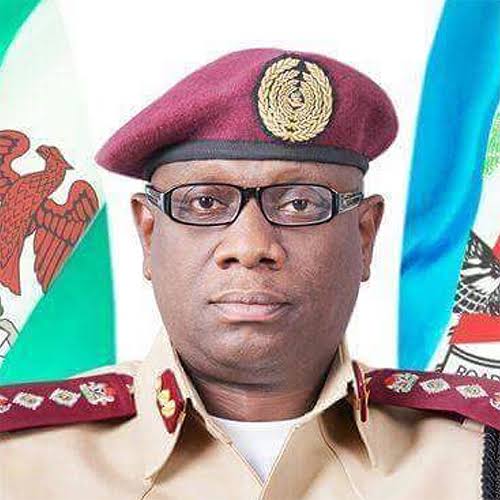 Pursuant to the recent approval of the promotion of senior Officers by the Federal Road Safety Commission and the need to strategically reposition the Officers for optimal performance, the Corps Marshal, Federal Road Safety Corps, Dr Boboye Oyeyemi has approved the redeployment of Officers, in the capacity of Deputy Corps Marshals, Assistant Corps Marshals, Corps Commanders, Deputy Corps Commanders and intermediate ranks, who are all expected to report to their new Commands with immediate effect.

He added that apart from Jos Kaduna, Ilorin, Benin , Portharcourt and Jos Zonal Commands, all other Zonal Commanding Officers remain in their respective Commands of influence.

Also, out of about 13 Assistant Corps Commanders that were affected, 6 were posted to assume duty as Unit Commanders.

In the memo containing the posting, the Corps Marshal admonished the redeployed Officers to buckle up, double up their efforts, and remain steadfast in their commitment and dedication to duties and to share in the FRSC vision of making Nigerian roads safer for all motorists.

Oyeyemi further enjoined them to play pivotal role to ensure that they contribute their quota in enhancing the safety of lives and properties of all road users.

Efe Ehigie - May 9, 2022
0
Minister of Sports and Youth Development, Sunday Dare made a strong intent to contest the 2023 gubernatorial election in Oyo state, www.totorinews.com reports.