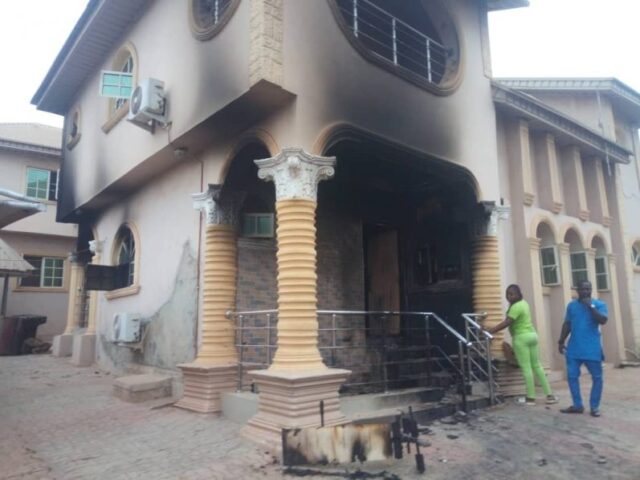 The cause of the fire was not immediately known.

Igboho accused the herders of being culpable in the strings of kidnappings and killings carried out in and around the town.

At the expiration of the ultimatum, Igboho led a group of people who chased the herders out of Igangan.

The property located is located at the Soka area of Ibadan and cause of the inferno was unknown at the time of filing this report.

But fire fighters deployed were able to quench the inferno to avoid completely destroying the property.

Totori News - February 13, 2021
0
Owing to the need to ensure a safe and crash free celebration during the 2021 Valentine Day celebration, the Federal Road Safety...