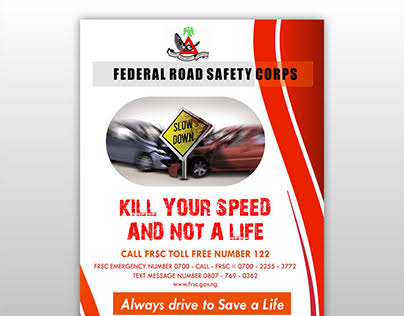 Following the resolutions reached at the EARLIER meeting of the Major Oil Marketers of Nigeria (MOMAN) and the National Association of Road Transport Owners (NARTO) renewal workshop held on 24 September, 2020 at IBETO Hotel Abuja in the face of frequent cases of road traffic crashes involving petroleum tankers and trucks leading to wanton destruction of lives and property in the country, the Secretary to the Government of the Federation (SGF), Boss Mustapha directed that a meeting of strategic stakeholders be held on Monday, 23rd November, 2020.

According to the press release signed by the Corps Public Education Officer, Assistant Corps Marshal Bisi Kazeem, the meeting which had in attendance, Executive Secretaries of MOMAN and NARTO and Office of the Secretary to the Government of the Federation took some far reaching resolutions aimed at tackling the menace of petroleum tanker crashes in the country. Kazeem disclosed that the meeting recommends that the Secretary to the Government of the Federation (SGF) to consider securing a Presidential Directive for urgent intervention in the provision of soft loans for truck renewal, using similar template as applicable to pharmaceutical companies and other sectors of the economy at the peak of COVID -19 .

Kazeem further disclosed that the meeting resolved that enforcement of all safety standards including anti-skid, anti-rollover and anti-spill (safety valves) be prioritized within a given time frame as outlined in the similar communiqué reached in 2018. He said “Government to consider issuing directives on enforcement of the 10-year policy on importation of trucks, so that any articulated vehicle that is beyond 10 years of age should not be allowed into the country.”

Part of the resolutions, according to him was that, FRSC, MOMAN and NARTO are to organize a joint enlightenment campaign for articulated vehicle drivers including production and placement of jingles in different languages on radio and television stations, production of handbills and also convene a press conference within two weeks

The resolutions were endorsed on behalf of the relevant stakeholders by Clement Isong and Aloga Ogbogo, Executive Secretaries of MOMAN and NARTO respectively and the Corps Marshal of FRSC.