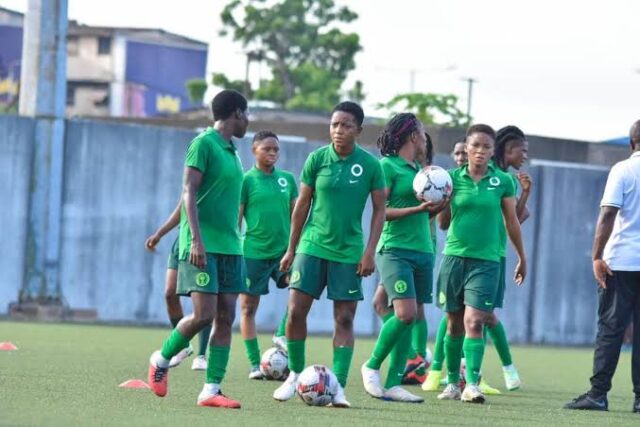 Two –time World Cup silver medallists Nigeria continued from where they left off in the second round by hammering hosts Congo 4-0 in the first leg of their FIFA U20 Women’s World Cup African qualifying third round fixture in Brazzaville on Sunday.

The girls of Chris Danjuma completely dominated proceedings at the Stade Alphonse Massamba-Debat, and could have been up earlier than the 38th minute when Mercy Idoko, who accounted for four of the 11 goals that drowned Central African Republic, put them in front against the hosts.

To reach the third round, the Falconets had thumped their counterparts from Central African Republic 7-0 in their first leg encounter in Douala, before wrapping things up at a stroll in Lagos, with a further four goals to the kitty.

Congo drew 1-1 with Egypt’s U20 girls in Cairo and then won the return 3-1 in Brazzaville to be eligible for the fixture with the Falconets.

The second leg will hold at the Mobolaji Johnson Arena, Lagos on Saturday, 18th December.

Flakes From The Camp Of Super Eagles