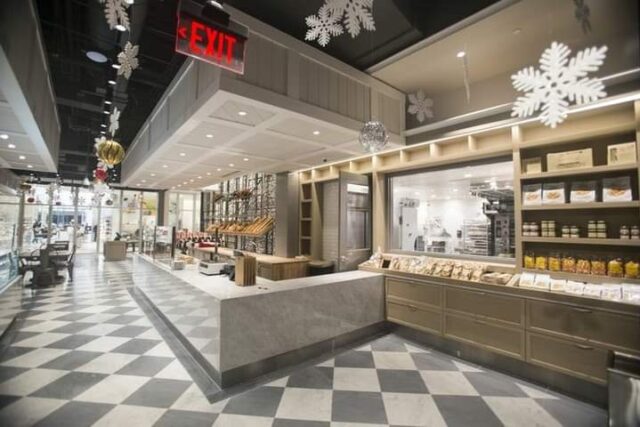 A Nigerian, DG Makai has revealed on his facebook page how cashiers are scamming their customers in Abuja restaurants and other retail business outlets in the city, www.totorinews.com reports.

According to him, these cashiers, (mostly ladies), have perfected the ugly acts of fraudulently over billing customers and these dirty deals are sealed when they give flimsy excuses for receipts not to be issued after making payment.

“There is an organised scam by some cashiers in some restaurants and popular retail stores in Abuja. It is becoming too notorious,” DG Makai informed.

“Last month, some visiting business partners and I, went to an eatery at Jabi Mall. When the cashier was issuing the bill, she did the math and called the amount. Something was off  about the way she wanted me to pay without issuing the receipt.

“I insisted she gave me. Took it, paid and after we ate and I saw my guest off, I came back and told her clearly that I was overbilled and I was ready to go the the highest personnel there.

“She pointed to some double portion my guest ate and I simply responded that we will check the cctv cameras there. She made a show of  cross-checking, heaved a sigh of confusion and handed 4k back with an apology.

“Two days ago, we entered a popular eatery at Area 11 with a colleague.  I also noticed the reluctance on the part of the cashier to issue a receipt to me after telling me the amount. I insisted and got a refund of 1k afterwards.

“This evening, we went out to get fictional books for my girls. Entered another big retail store…I had mentally calculated how much before taking the books to the counter…she said my bill was 15k…I told her to print it for me to crosscheck…that was when she remembered that there was probably a miscalculation on her part( she over charged me to the tune of N10,500) The books were N4500. Insane!

“So, I am definitely concerned and alarmed…how many people are scammed by these cashiers on a daily basis? And the ladies put the most charming smiles while calling the amount (dealing with the wrong dude) and how do they convert the extra cash for themselves? Seeing that all transactions are entered into the system and payment either by POS and only sometime cash?

“Please be warned…insist on your receipt when you sense reluctance on the part of the cashier to issue one and even after they do, crosscheck,” he concluded.

COURT SENTENCES DRIVER TO 9 MONTHS IMPRISONMENT AS OYEYEMI VOWS TO END KNOCKDOWN AND...