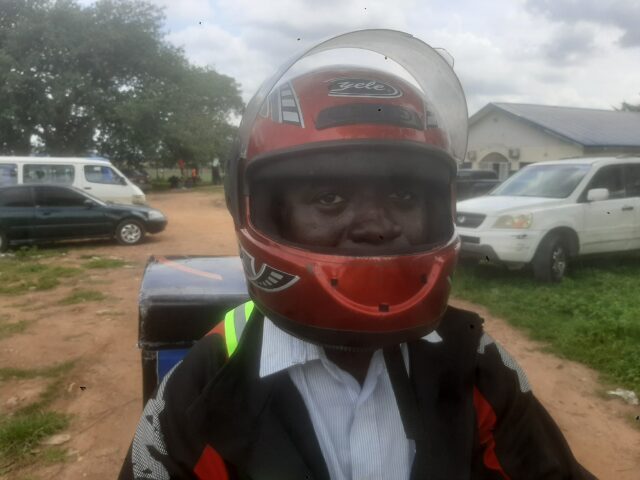 In a profession filled with so many risks, John Alhassan has said that he cannot lose his life in his bid to satisfy his customers as a dispatch rider, reports www.totorinews.com exclusively.

He said that he is not bothered with meeting the targets set by the organisation he works at the expense of him risking his own life.

According to him, the terrain he rides on everyday within the Abuja city is filled with  so many risks and reckless driving on the highways that can lead to untimely death of a dispatch rider if care is not taken.

He narrated the sad incident he witnessed at Galadimawa roundabout in Abuja where his dispatch rider colleague was knocked down by a motorist and two other motorists also hit him while on the ground, which led to his death instantly.

“I can’t kill myself because of overspeeding to meet the targets of my company or because I want to please clients. I ride carefully, I don’t overspeed at all,” Alhassan told www.totorinews.com exclusively in Abuja.

“I remember the incident that happened at Galadimawa roundabout about three weeks ago when my colleague was killed by hit and run driver. He was hit and the driver did not stop. Two other cars trampled on him in the process and he died instantly.

“His body was dismembered. It was a very gory sight to behold. I wanted to drop my resignation letter that same day. I was terrified by the incident, but I summoned courage to continue with the job.

“Some clients just want you to run recklessly to meet their expectations. A customer wanted me to be at the Abuja airport in less than two hours from Area 10 and I told him that it was not possible.

“Another dispatch rider may take the risk and lead to his six feet below, but not me. Some customers want you to speed to your early grave,” he said.