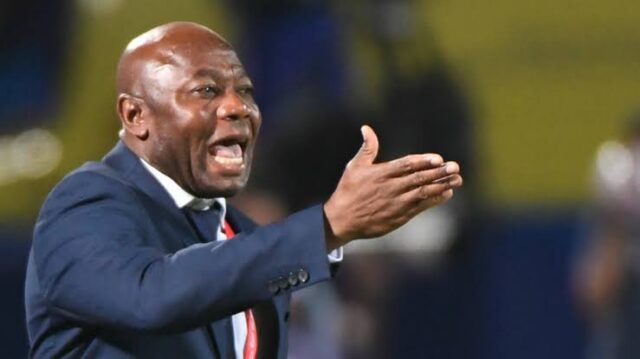 Football at the U-17 level is not just about winning, but the development and transformation of players, says Emmanuel Amuneke, 2015 world cup winning coach of the Golden Eaglets of Nigeria.

In an exclusive chat with www.totorinews.com, the 1994 African footballer of the year, informed that every coach given the assignment to tinker the national team at the U-17 level knows what is at stake, which is to nurture the football talents of the youngsters to greatness in future.

“Every coach wants his team to win, they work hard to help the players to perfect their strategies of winning every game, but at the level of U-17 football, it is quite a different thing entirely,” Amuneke said.

“You don’t just want to win, but you want to develop young players and transform them to better players that will perform optimally at their best. You want to create in them strong winning mentality that will help them in their career.

“The essence of U-17 football is simply development. It is youth football development. We had seen the likes of Kelechi Iheanacho, Samuel Chukwueze, Victor Osimhen at the Golden Eaglets few years ago and today, the players have developed into playing in the Super Eagles.

Speaking on the present technical crew of the Golden Eaglets led by Fatai Amoo, the former Barcelona winger said that the coach is highly experienced, who is focused on the task to build a very good team worthy of giving Nigerians many chants of victory.

“The new coach is someone that is very experienced, very disciplined professional and he will never compromised his standards no matter the pressure.

“He should be given all the support from the NFF, his technical crew and backroom staff. There should be strong unity in the camp, there could be differences of opinion, but that should never derail the sincerity of purpose among his assistants and the backroom staff.

“When I played for Nigeria, i never had any football agent or manager before I represented the country. The only thing I had then were my football boots.

“But today, every player, even the ones below average all have agents that are desperate to see their players in the U-17 national team.

“But I’m happy that the man the NFF gave the job is equal to the task. The wisdom and knowledge he posses will definately help in building a very good team that every Nigerian will be proud of,” he concluded.

The U-17 national team of Nigeria are presently in camp preparing for the WAFU B U-17 regional qualifying tournament to be hosted in Togo in January 2021.

Nigeria will trade tackles with Ivory coast and Ghana in Group B.

Breaking…Chartered flight for Team Nigeria to All African Games in Rabat, Morocco

‘If I am kidnapped, dont pay any ransom’ says el- Rufai’s wife

I will play penalty again for Nigeria – Oduko

Totori News - May 2, 2019
0
Francis Achi     Despite being the only on- field player who lost his penalty kick against Guinea,  that eventually made the Golden Eaglets to lose the...