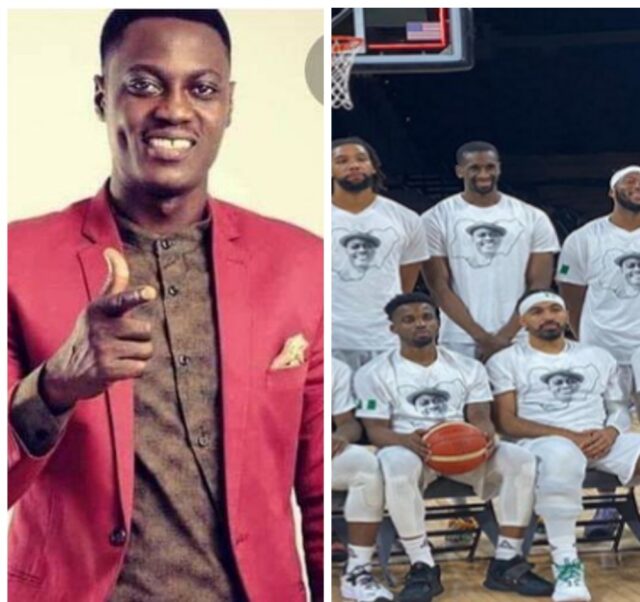 D’Tigers players and officials were seen  wearing shirt with the front view of photo of Sound Sultan who died on Sunday. The back of the shirt had the name of the late revolutionary singer – Sound Sultan written boldly.

Team Nigeria lost to Australia 108 -69 at the Las Vegas exhibition series played early hours of Thursday as both teams prepare for the Olympics basketball event in Tokyo.

However, the talking point before the game was when the players and officials of the D’Tigers also observed a minute silence for Lanre Fasasi popularly known as Sound Sultan who died at 44 years old.

Before his shocking death that has thrown millions of his fans worldwide into mourning, Sound Sultan was a basketball stakeholder in Nigeria and he was a prominent member of Lagos City basketball team.

He was buried before the sun set on Sunday according to Islamic rite at the muslim cementary in New Jersey, United states.

He was a devout muslim, full of humility despite his fame and fortunes.