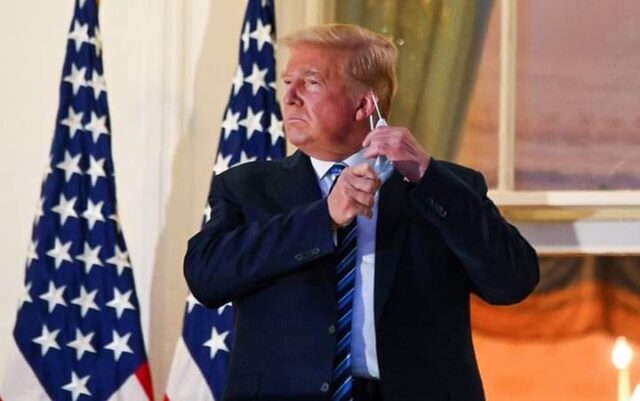 While vote counts are still coming in, the math is pointing to former vice president Joe Biden becoming the next president of the US.

The accompanying emotion for many in the nation, and around the world, is one of relief. Sure, there is some joy, but while Biden appears to be a likeable and decent man, the overwhelming appeal for most is that he is not Donald Trump.

In his four tumultuous years as president, Trump has pushed the democratic institutions of the US as far as they could without breaking (although in some cases they did rupture). There were sound reasons to fear he would do the same to the electoral process as well. His demands of unswerving fealty from GOP governors and administration officials, his eagerness to profit from his office, his embrace of outlandish conspiracy theories, his willingness to stoke division and conflict—not to mention his 25,000 (and counting) lies or misleading claims—all are evidence that he had the means, motive, and opportunity to hijack the election.

Fortunately, the designers of America’s government anticipated such a development. They built a system with checks and balances at the federal level, and devolved power to the states to manage functions like the running of elections. Yes, the US’s system of voting can be a maddening patchwork of local laws and rules (ask anyone waiting for Clark County, Nevada to tally its votes), but that lack of central control means no one authority can pull the lever.

The system worked again, but barely. There’s a lot of work that needs to be done, both to ensure US elections continue to be free and fair, and to make sure the nation’s chief executive can’t manipulate them. Preventing voter suppression, eliminating foreign interference, eliminating disenfranchising laws, reducing the malign influence of social media: all should be on the docket for the next president and Congress.

Democracy needs help. At least now we might have a president who understands that. —Oliver Staley

APC must avoid the mistakes of PDP – Sen. Omo-Agege

Francis Achi - November 8, 2020
0
Nigerian President, Muhammadu Buhari has congratulated the United States President-elect, Joe Biden, for his victory at the poll. This...