A Federal Capital Territory (FCT) High Court was on Wednesday informed that suspended Accountant General of the Federation (AGF), Ahmed Idris and three others have reached out to the Economic and Financial Crimes Commission (EFCC) with a plea bargain proposal in relation to their trial for alleged N109billion fraud, reports www.totorinews.com.

Idris, his Technical Assistant, Godfrey Olusegun Akindele; a director in the office of the AGF, Mohammed Kudu Usman and a firm linked with Idris – Gezawa Commodity Market and Exchange Limited – were arraigned on July 22 on a 14-count charge bordering on money laundering, stealing and criminal breach of trust.

Lead prosecuting lawyer, Rotimi Jacobs (SAN) said Idris reached out to him through a third party for a meeting to work on ways to achieve a plea bargain arrangement as a way out.

Jacobs added that since Section 270 of the Administration of Criminal Justice Act (ACJA) provides for plea bargain, he agreed to meet with the AGF and other defendants at an office of the EFCC, but on the condition that their lawyers and EFCC’s investigators (who handled the case) must be in attendance.

He said the meeting planned for the previous day (Tuesday) failed to hold because the defendants came without their lawyers.

Jacobs added that a lawyer from the first defendant’s (Idris’) legal team, who he identified as Kanayo, later came to where they were to meet to complain that they (the defendants’ lawyers) were not carried along.

“The first defendant sent a third party to me that he wanted a plea bargaining meeting and he wanted to meet me. That was (Tuesday) in the morning. And I replied that I can not meet the defendants in the absence of their counsel.

“I added that by the nature of our calling, we must be opened and transparent. Section 270 of ACJA allows plea bargain. I told them to come with their lawyer and let us meet at the EFCC office and that I will also invite the investigators to be at the meeting.

“Kanayo, one of the counsel in the legal team of the first defendant, came to meet me at the EFCC office in Wuse 2 and protested that they were not carried along and that his clients would not come for the meeting.

“I spoke with Chief Chris Uche, SAN (who heads the first defendan’s legal team) for about 30 minutes to let him know that we (the EFCC) did not invite them and that the planned meeting was at their instance.

“None of the defendant entered EFCC’s office. So, they did not attend any meeting at the EFCC office,” Jacobs said.

The prosecuting lawyer spoke in response to complaints by lawyers to the defendants, who claimed that the EFCC invited their clients the previous day and prevented them from meeting with the defendants, who they further claimed were at the office of the EFCC for the better part of the day.

Lawyer to Idris and Gezawa (1st and 4th defendants), Gordy Uche (SAN), at the commencement of proceedings had objected to an application by Jacobs to tender some statements made by the first defendant.

Uche argued that Jacobs should not be allowed to tender the statements because he (Uche) was yet to interview his client in relation to the documents.

He said: “I was to interview the first defendant on Tuesday, but I learnt he was in the office of the EFCC. We were, as counsel, not carried along.”

Uche argued that it was disrespectful of the court for the EFCC to invite the defendants without their lawyers’ knowledge when the case had already been charged to court.

He contended that the EFCC was expected to have concluded it’s investigation before charging the defendants to court.

The lawyer to the AGF, Uche denied that his clients proposed plea bargain to the prosecution as claimed by Jacobs.

He said the standard practice was for the lawyer to a defendant to initiate such arrangement, not for such move to be made behind the lawyer to the defendant.

Uche prayed the court for adjournment to enable him confer with the first defendant.

Lawyers to Akindele and Usman (2nd and 3rd defendants) – Peter Abalaka and Ibrahim Isiyaku (SAN), who said they shared Uche’s position, also prayed for an adjournment to enable them confer with their clients.

Although Jacobs objected to the defence’s prayer for adjournment, Justice Jadesola Adeyemi-Ajayi acceded to the defendants’ request and adjourned further hearing till October 4 this year. 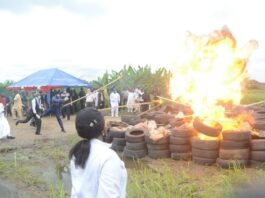 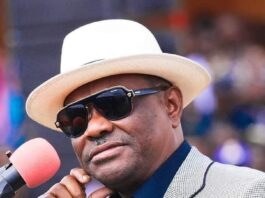 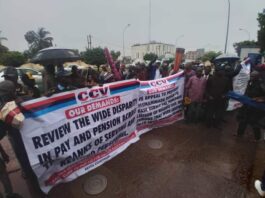