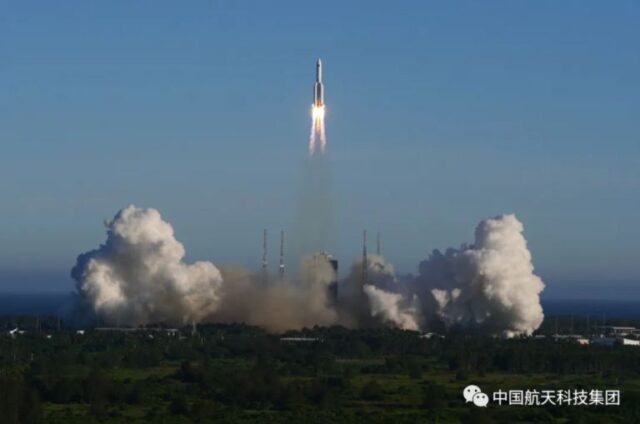 Debris from the rocket that was launched as part of China’s efforts to build its own space station on Sunday re-entered Earth’s atmosphere, state media reported citing space authorities.

According to government broadcaster CCTV, the remnants of the spacecraft re-entered the atmosphere at 10:12 a.m. over the Mediterranean Sea and landed at 10:24 a.m. in the Indian Ocean, in international waters off the Maldives.

Most of the debris burned up during re-entry, state media cited authorities as saying.

Space experts had warned of the danger from the re-entry of possible debris from an uncontrolled re-entry of the 20-ton, 30-metre-long main section of the launch vehicle, which was one of the largest pieces of space debris ever to return to Earth.

The Long March 5B craft took the Tianhe (Heavenly Harmony) core module to space last Thursday, marking the start of construction of China’s space station.
In May 2020, debris from another Long March 5B rocket fell on rural parts of Ivory Coast, causing damage to several buildings in the West African nation.

Capacity for grassroot football development is what I represent, says Hon. Essien

2023: If it gets down to Tinubu, Rochas ticket, I’ll win –Okorocha boasts