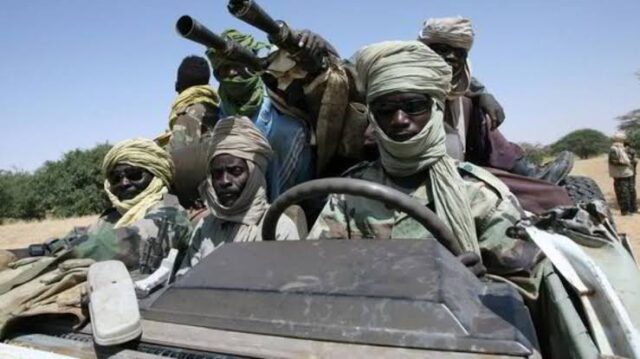 Rebel forces threatened Wednesday to overrun Chad’s capital, N’Djamena, as they set their sights on the country’s seat of power after the battlefield death of President Idriss Déby.

The rebel group who had claimed responsibility for Mr Déby’s death said they will continue to fight and advance towards the capital, a declaration that could potentially open the lid for a bloody battle for political control of the oil-producing country that borders Nigeria’s volatile North-east region.

The group rejected the military’s transition plan which handed power to the 37-year-old son of the late president, Mahamat Idriss Déby, in the interim.

“Chad is not a monarchy. There can be no dynastic devolution of power in our country,” the rebels said in a statement late Tuesday.

“The forces of the Front for Change and Concord are heading toward N’Djaména at this very moment. With confidence, but above all with courage and determination.”

The battle against Libya-based fighters of the Front for Change and Concord in Chad (FACT) took a different turn Tuesday after Chadian military announced that President Idriss Déby died from gun wounds.

Mr Déby, 68, who was on course to begin his sixth term in office after winning a reelection last week, often joined soldiers on the battlefront in his military fatigues.

Totori News - December 13, 2020
0
Iran has executed a once-exiled journalist over his online work that helped inspire nationwide economic protests in 2017.Iranian state television and the...