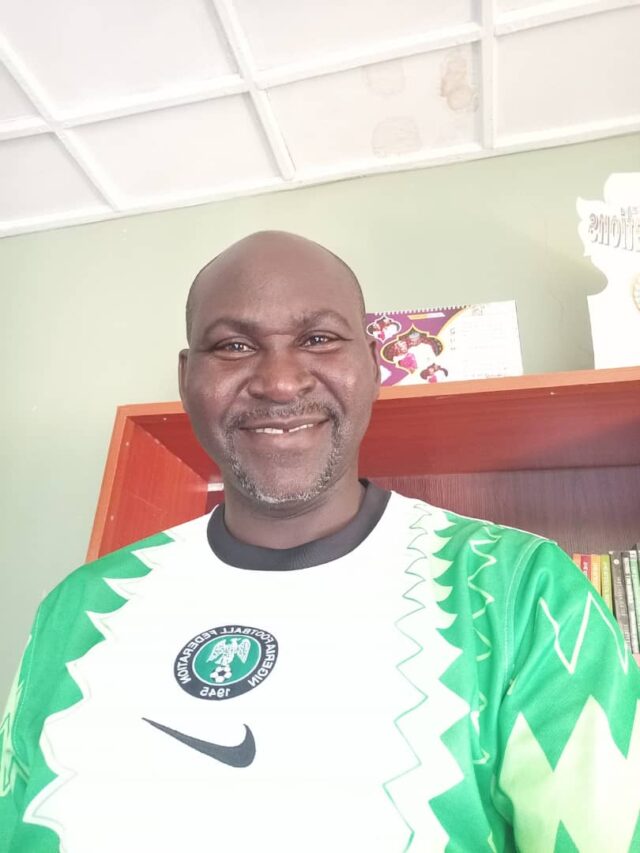 Yakubu Sarma, the Chairman of Gombe State Football Association may become a board member of the Nigeria Football Federation, www.totorinews.com reports.

Gombe State Governor Inuwa Yahaya believes it’s time for the state to clinch the vacant seat of the North East in the board of the Nigerian Football Federation.

The Governor disclosed this during the inauguration of a five man committee on the initiative to ensure Gombe Football Association takes up the seat of the Nigerian Football Federation at the state government house.

Governor Inuwa Yahaya described the chairman of the Gombe state football association Yakubu Sarma as focused and diligent and capable in carry out purposeful development of football in the North East.

The state governor Inuwa Yahaya said the last time Gombe Football had some one at the helm of football was twenty years ago with haruna garaba thus the need for another shot at representation is timely and important.

Sarma says even though the decision of who becomes a board member reside with the congress, the will of the state government and the football loving people have compelled him to contest for the vacant seat of North East in the Nigerian Football Federation bye election.

Sarma promised if elected he would be a worthy ambassador of Gombe and would bring football development to Gombe and the North East as a whole.
The committee has Saddam Bello, Moses Kyari, Mallam Mohammed Tela as members and Abubakar Maina as secretary.

North East lost it’s representative at the NFF, Musa Duhu two months ago thus a bye election would be conducted to fill the vacancy.