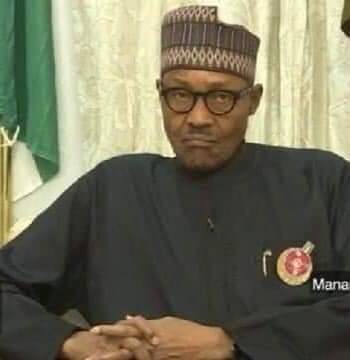 President Muhammadu Buhari is disappointed and sad over the comments of the Benue State Governor, Samuel Ortom, in reaction to the killings in the state, an official has said.

Mr Buhari’s stance was contained in a statement signed by a presidential spokesperson, Garba Shehu, on Thursday.

Mr Ortom, earlier in the week, berated the federal government’s approach to the prevailing security challenges, saying not less than 70 persons have been killed in Makurdi local government area of the state in two weeks.
Seven deaths were recorded in one of the Internally Displaced Persons (IDP) camp in Abagena village on Monday.

Mr Ortom, in his reaction, called on the president to rise up to his responsibilities and do the needful.

“How do you wake up every day and see your people being killed? How can I be a happy man?

Mr President must do the needful and I want to suggest that immediately let there be a security summit. I’m aware that the situation is prevalent in other parts of the country.”

In his response, Mr Shehu said the president expressed his condolences to the families of the victims who lost their loved ones in the recent spate of killings in Benue State.

“Furthermore, he states that the rising levels of incidents, especially the killings and violence in various parts of the country calls for further collaboration with security agencies to curb its recurrence.”

“He also states his disappointment and sadness to hear Samuel Ortom, the Governor of Benue State make a litany of accusations against his person and his government of following the recent unfortunate incidents in the state.”

“No responsible government takes pleasure in such events as the killing of the military and that of innocent citizens taking refuge in an Internally Displaced People’s camp.”

Mr Shehu restated that his principal is deeply pained by the terrible acts of violence happening in Benue State and other parts of the country.

“The lives of fellow citizens should not be desecrated by deploying them in political diatribe which unfortunately appeared to be the intent of the string of emotional attacks and blame laid at the doors of the President for those killings by Governor Ortom.

“President Buhari took an oath to defend the life and property of every citizen, a duty he takes seriously and is committed to ensuring.”

“President Buhari continuously stresses that the strength of our country lies in our diversity in faith, culture, and traditions and attempts to sharpen the divide between northern and southern Nigeria, between Muslims and Christians, and between communities that have coexisted for centuries should be frowned upon and resisted.”

The presidential spokesperson blamed religious leaders and other leaders for the country’s woes.

The future of Benue State and indeed that of the entire country lies in harmony and the respect for law, order, and the constitution. It is the only way to achieve progress and development.”

“While the President will continue to keep security, police and the armed forces on their toes to be on top of their act in troubled parts of the country, the situation in the states will greatly be helped by everyone working together because that is the foundation on which progress and prosperity can be achieved.”

He then advised that Benue under the Ortom administration should cooperate with the federal government “in the implementation of a number of national strategies programs in addressing underlying issues militating against peace, progress and development.”

Mbaka has found another political ally, says APC, threatens to expose him