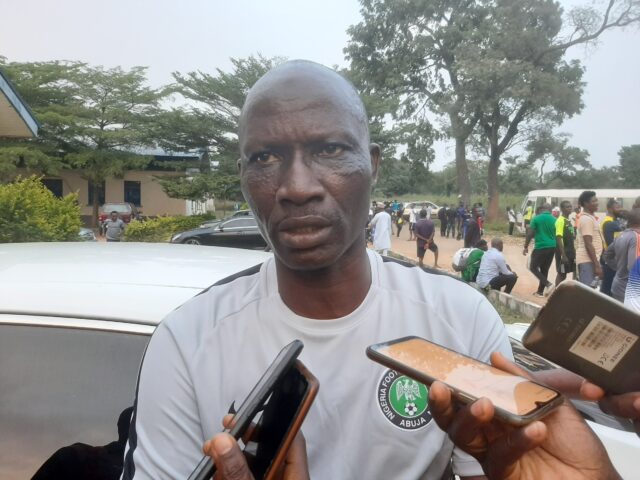 Head Coach Isa Ladan Bosso has picked Wisdom Unani, Charles Etim and 18 others in his 20 -man squad that will contest for the WAFU B Cup of Nations title at the tournament taking place in Porto Novo, Benin Republic next month. The competition, which holds 5th – 20th December, will also serve as the qualifying tournament for the 2021 U20 Africa Cup of Nations that will be staged in Mauritania.

The team is resplendent with players from former national youth sides fused with discoveries from the grassroots.

Abia Warriors goalkeeper Chibueze Lambert leads a cast that includes the trio of Wisdom Ubani, Charles Etim and Peter Olawale who played for the Golden Eaglets at the last FIFA U17 World Cup finals in Brazil. Plateau United’s duo of Mike Zaruma and Nenrot Silas also made the cut while Kwara United’s Christopher Nwaeze, Isaiah Ejeh and Farayola Olawale are also in the mix.

Hapoel Ranana of Israel attacker Peter Olawale and centre back Temitayo Ereku from Brookhouse Academy in the United Kingdom are the only foreign-based players listed in the squad.

Nigeria starts her campaign at the tournament on 6th December at the Stade de Galles in Porto Novo, Benin Republic.

Totori News - February 27, 2021
0
The Golden Eaglets of Nigeria continued their build -up to the forthcoming AFCON U 17 tournament in Morocco with a 7-0 whitewash...