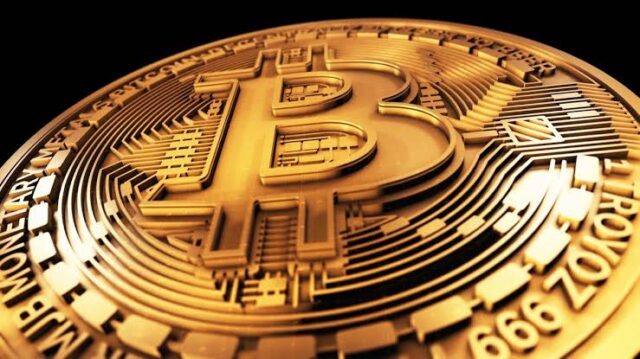 Musk posted a chart on Twitter from the University of Cambridge showing Bitcoin’s electricity consumption has skyrocketed this year. It’s the second day he’s criticized crypto mining for using fossil fuels and comes after an announcement that Tesla would suspend car purchases using Bitcoin.
The turnaround by one of crypto’s loudest believers took investors by surprise and sent prices tumbling across the board. Bitcoin plunged 15 per cent at one point to around US$46,000 during Thursday’s session. Exchange operator Coinbase Global Inc. sank as much as 10 per cent and other tokens including Ether and Dogecoin slumped.

“Bitcoin is also a manifestation of the value of the internet, and hence it stands to reason that social media and the cult of celebrity has, and will continue to have, an effect on driving demand,” said Stephen Kelso, head of markets at ITI Capital.
Mining the token consumes 66 times more electricity than it did back in late 2015, according to a recent Citigroup Inc. report.

Musk signaled on Wednesday that Tesla might accept other cryptocurrencies if they are less energy intensive, and said the company won’t sell any of its Bitcoin.

It’s unclear what prompted the decision and Musk and Zachary Kirkhorn, Tesla’s chief financial officer, didn’t immediately respond to an email inquiry for comment. Kirkhorn in March added the tongue-in-cheek title “Master of Coin,” according to a regulatory filing.

Still, Musk’s tweets raise questions about Bitcoin’s attractiveness as an investment at a time when institutional firms are increasingly vocal about climate change and environmental issues.

“Surely he would have done his diligence prior to accepting Bitcoin?” said Nic Carter, founding partner at Castle Island Ventures, and a leading voice among defenders of Bitcoin’s energy use. “Very odd and confusing to see this quick reversal.”

Musk’s decision in February to buy US$1.5 billion in Bitcoin and plan to accept it as a form of payment has been a major catalyst in the crypto bull market. In the eyes of analysts, it helped add legitimacy to the token and usher in new investors.

Musk’s crypto tweets have often been in jest, and his attention toward Dogecoin brought the joke token into the mainstream. He’s quipped about being the “Dogefather” in the past, and tweeted on Tuesday, “Do you want Tesla to accept Doge?”
But his Twitter posts can be a problem for many investors because they tend to push around stock and crypto prices. Take, for instance, his disclosure on Feb. 8 that Tesla invested US$1.5 billion into Bitcoin.

The coin, trading around US$38,600 the day prior, rallied more than 15 per cent following the announcement, adding around US$135 billion in market value. His latest tweet, though, erased roughly US$100 billion in a matter of hours, going by data from CoinMarketCap.com.

“Musk is acting out the memoir ‘How to Lose Friends and Alienate People,’” said Antoni Trenchev, managing partner and co-founder of Nexo in London, a crypto lender.

“The community now has to work even harder to push the renewable mining narrative. Bitcoin’s history has taught us that the pathway to universal acceptance isn’t without hurdles — this one will likely prove its biggest.”

Exclusive : I Had The Vision To Start Real Estate Business...

Totori News - September 17, 2021
0
By Pius Ogar Sometimes when life throws a cruel fate at you, that may also be the time when...
AllEscort