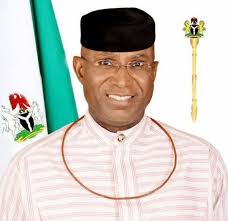 Senator Ovie Omo-Agege, Deputy President of the Senate, has cautioned the All Progressives Congress(APC) against past mistakes of the opposition, Peoples Democratic Party (PDP).

Omo-Agege gave the charge in an address at the APC South-South Town Hall Meeting for Constitution Review in Asaba.

According to him, the move to review the APC constitution was to make it a people-oriented party that created equal opportunities for all members.

He noted that the decision of the national leadership of the party to review the party’s constitution was born out of the imperative of receiving contributions at the grassroots levels to make a working document that would provide equal opportunities for all.

“To this end, the Caretaker and Extraordinary Convention Planning Committee (CECPC), ably led by Gov. Mai Mala Buni has underlined the sacrosanct need for reviewing the party constitution to meet the current realities of nation’s political space and increase the need for intraparty relationship and efficiency.

“History beacons on our great party. It is the first-ever opposition party to unseat an incumbent party in the life of our nation, Nigeria.

“Fellow party men, remember that the PDP had confidently said that it would be in power for 60 years. It took the resolve and determination of a strong-willed nation and its people to upstage that confidence.

“Now there is a lesson that we must bear in our subconscious and which should give centrality to our thoughts and deeds,” he said.

”Nigeria has shown that it has come of age in terms of political maturity; politicians and political parties must deliver on their mandates and their promises or face removal, just as it happened in 2015.

No need to transmit power to Osinbajo – Presidency

I cannot be killed by fake news – Tinubu

Totori News - November 7, 2020
0
While vote counts are still coming in, the math is pointing to former vice president Joe Biden becoming the next president of...