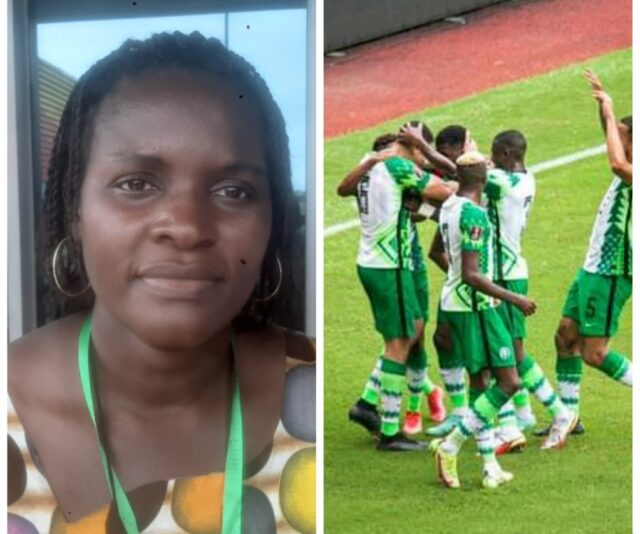 By Francis Achi, who was in Douala, Cameroon

Ahead of AFCON tournament in Cameroon in January where the Super Eagles will play in Garoua centre, Lilian Neg, a Cameroonian journalist has tipped the team to excel, adding that the three – time African champions is strong enough to play in the final of the tournament.

Lilian Neg, the Camerooninan correspondent for Swedish independent on-line magazine, NewsVoice.se is confident that the Super Eagles will  not disappoint the expectations of millions of their fans in Cameroon, as she affirms that football passionate Cameroonians and Nigerians living in Garoua are excitedly looking forward to cheer the team when hostilities begin in Garoua.

“Nigeria is a well placed in Garoua. One particular thing is that Nigeria already have many supporters waiting for the arrival of the Super Eagles playerd for AFCON,” Lilian Neg told www.totorinews.com in Douala.

“It will interest you to know that even Cameroonians who are fans of the Super Eagles will give their support to the team because we  are very close, Nigeria is very close to Cameroon.

If everything works out fine for the Super Eagles and they show good results in their group games, the team is likely to play in Garoua till the quarter finals if the team can top the group.

“Nigeria looks good to win the group and if that happens, the Super Eagles will play in Garoua till the quarter final stage of the competition.

“Maybe it’s just around the quarter final or semi finals that the team would be back to either Yaounde or Douala. Nigeria is one of the strong teams that should play in the semi- finals and possibly the final.

When asked to mention the two teams that may play in the finals of the tournament, she replied : ” I will go for Cameroon – Nigeria final. It will be a great spectacle to watch, but as a Cameroonian, I will support the Indomitable Lions to lift the AFCON trophy.

“Nevertheless, what is more important is that we want Africans and the entire world to see the beauty of Cameroon and hospitality of her people all through the tournament.Cameroon winning the tournament will be the icing on the cake,” she said.

WAFU B: Moses still in shock over defeat to Black...

Totori News - December 11, 2020
0
Flying Eagles' defender, Solomon Moses is still in shock following the defeat the Nigerian U-20 National team suffered in the hands of...