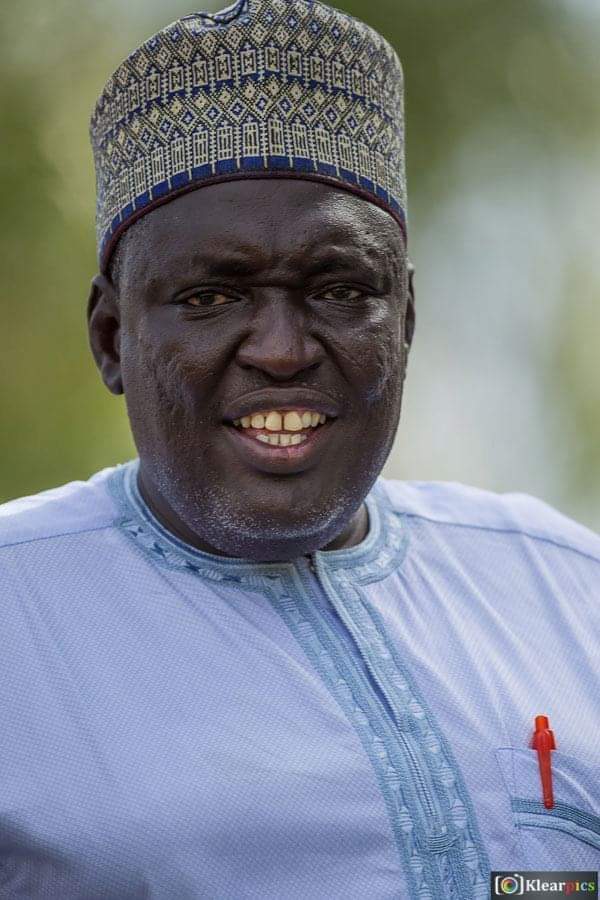 Chairman of Katsina state football association, Alhaji Aminu Balele Kurfi has cautioned Nigerians blaming President Muhammadu Buhari for the ouster of the Super Eagles at AFCON 2021 tournament to desist from it and channel their conversations to a more productive content, reports www.totorinews.com.

President Buhari spoke to the Super Eagles players and their officials on Sunday before they filed out to the pitch against the Carthage Eagles of Tunisia, as he urged them to make the nation proud by beating the Tunisians.

Unfortunately, the scoreline did not profit Nigeria, the team crashed out and many Nigerians,  especially on the social media have attributed the loss to the telephone conversation the team had with President Buhari, insisting that the call was a distraction, which puts the team under intense pressure.

“For me, blaming Mr. President for Super Eagles loss is unnecessary and ridiculous to say the least. Those making such childish comments are barking at the wrong tree. I do not see any connection between the Presidential chat and Super Eagles’ defeat,” Kurfi said.

“It is sad that an action that ought to be commended is being condemned, that is very absurd. Honestly, Mr. President squeezed out time to talk to the team despite his crowded schedule, so he should be commended,” he added.

“Nigerians shouldn’t take such Presidential support for granted. It was a very dignified gesture.

The astute football administrator and politician noted that football has really come of age in Africa, stressing that Nigeria was not disgraced at the tournament after being very unlucky not to convert their goalscoring opportunities against Tunisia.

He, therefore appealed to Nigerians to always pray for the Super Eagles to have mother luck whenever the team is on a national assignment.

“The Super Eagles didn’t perform badly. It was simply a bad day for them. When luck is not on your side, there is nothing you can do.

“Instead of trading blame over the defeat, I urge Nigerians to pray for the team to have better luck in future. We shouldn’t expend too much time and energy on what has happened already.

“Tunisia is a force in African football. Football game between Nigeria and Tunisian is always difficult to predict, a very dicey affair, call it a 50 – 50 situation,” he said.

Kurfi is also a member of the technical committee of Nigeria Football Federation, NFF.

The next assignment of the Super Eagles is the world cup playoff against the Black Stars of Ghana in March.

INSECURITY: Lot Of Achievements Have been Recorded In Tackling The Challenges, Says Minister