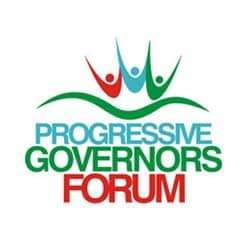 Politics of zoning regarding the presidency is threatening the unity of All Progressive Congress says Salisu Mohammed Lukman, reports www.totorinews.com.

As the battle rage within the two major political parties over the location of the 2023 presidential ticket, Lukman, Director General of the Progressive Governors Forum (PGF) has admitted that politics around where the presidency will be zoned is threatening the unity of APC leaders and ultimately the party.

The situation he inferred is made worse by the VAT controversy and recent alignment between Lagos State and Rivers describing it as scandalous.

He observed that a situation where leaders of the party South of the country would go outside the structures of the APC to push negotiation for a power shift in 2023 clearly undermines the unity of the ruling party.

Recall that the Southern Governors Forum had during their meeting in Enugu State penultimate month resolved to back off any party that fail to zone its 2023 presidential ticket to the South, in line with the unwritten agreement between politicians Southern and Northern of the country.

Akin to dining with the enemy, the APC chieftain said such loose partnership outside the APC structures, and with a major opposition party is worrisome and blamed it on excessive politicisation of issues, including security, in the country.

Lukman tied the bipartisan decision of the Southern Governors with the alliance between Rivers and Lagos State governments on the issue of VAT, as he reminded leaders of the party that “the campaign for power shift is about writing or respecting the rules of our party”.